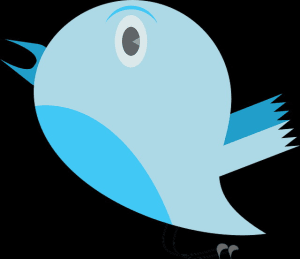 Twitter is rolling out in-feed promoted video which means users don't have to leave the Twitter feed to watch clips. The move is part of Twitter's efforts to better monetise its platform and attract advertisers with easier to use ad units.

It started testing earlier this year with the “one-tap” viewing experience and claims that the tests have shown tweets with video embedded give brands better engagement and more views than previous video features. But, it won't reveal any of those numbers.

The firm thinks that more video gives users a better experience so it's working with advertisers and publishers to build better "native" video content into clips.

Twitter has also made it easier for advertisers to distribute video and measure the effectiveness of the content they serve and is shifting the way it charges advertisers to a cost per view (CPV) model, a step towards a measure that is more comparable to other channels.

The measurement metrics have also been improved so that advertisers can see how many people watched the clip through to the end and the break down of organic versus paid for views. It follows the launch earlier this week of objective-based campaigns that follow the same track Facebook takes with ad units that offer a clearer goal and subsequently easier to measure metrics.

Karen Stocks, Twitter Australia MD, told AdNews: “Promoted video means that advertisers can now upload video directly to Twitter and measure the extent to which people are viewing their content. It also makes campaign setup easier, gives advertisers more robust analytics … and a new pricing model where brands only pay when someone begins playback of this video.

“It doesn't change the way brands and advertisers use Twitter, it just gives them another tool to engage.”

WPP struck a deal with Twitter last year. Ciaran Norris, chief digital officer at WPP-owned media agency Mindshare, said the growth of ad features like promoted video can help shift Twitter form being a PR channel, to one that brands use as a distribution network and add value.

But as social networks chase monetisation, the risk is that what made them popular in the first place gets washed away in the drive for dollars.

Facebook continues to come up against the challenge, and is facing the same issue with Instagram as it gradually moves into the paid ad space.

“What's great is that Twitter is looking at ways to bring ads to its platform in a way that makes sense to it and its users. Twitter often gets seen as a PR or a customer service channel. That is fine from a user point of view, but as for looking to monetise it, the easier they can make it to bring brands on board - without diluting the thing that makes Twitter useful to people - the better.”

Norris added that all social networks, Facebook, Twitter and beyond are united by a single motto: “Don't be MySpace. MySpace forgot about its users and chased advertisers to the detriment of users.”

The new promoted video feature builds on Twitter's Amplify product, which uses pushes out sponsored video clips and is touted as driving users back to existing TV and broadcast channels.

According to Norris, it's something that appeals to agencies and clients keen to tap into online video. Mindshare is looking at the potential of Twitter's promoted video feature with clients and Norris said the interesting thing for advertisers is the way Twitter is approaching its advertising options alongside TV and other content, rather than purely trying to take budget from other channels.