TV will be delivered by the internet in the future: Sneesby 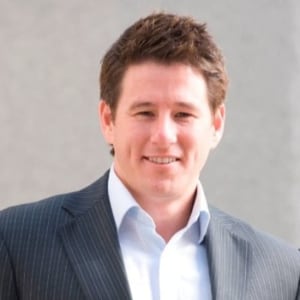 Subscription video on demand (SVOD) players might still be a relatively small percentage of overall screen viewing time in Australia, but they are helping accelerate the shift to all TV being delivered through the internet, according to Stan CEO Mike Sneesby.

Sneesby said while the industry can keep on debating how long it will take to move there, what he is absolutely certain of is that television will be delivered by the internet in the future.

It's a broad debate. At the recent Astra conference, Monique Perry, head of media at Nielsen, said in the US where on-demand is more mature than here, it only accounts for 10% of total viewing.

“There is absolutely no doubt that the end game is the majority of TV coming through the internet pipe,” Sneesby said. “SVOD will form an important part of shifting consumer behaviour to being comfortable with the way you consume internet delivered TV.”

While it may sound like doomsday to the free-to-air networks, Sneesby said the internet is just a delivery mechanism, no different to a radio broadcast signal used now. For that reason, he said FTA networks will adapt their models to become more user-friendly and technology will evolve alongside it rather than being left beind. Sneesby said if you focus on that element – the long game in the industry – the importance of differentiated product becomes hugely important.

Stan, a streaming joint venture between Nine Entertainment Co and Fairfax media, has made a strong stance on the production of local content after launching on Australia Day this year.

So far, the service has commissioned two original programs, a television series version of Wolf Creek and the soon-to-be released comedy No Activity, with part of its decision making process in choosing what content to produce based on “international appeal”.

“There is a very clear strategy for us with those shows, which has a huge amount of interest from both distributors and networks and other platforms around the world,” Sneesby said. “The way that we are able to put big budgets into TV shows like Wolf Creek is through distribution partners.” For that reason, the show is likely to have a cast including US talent.