“TV has come out fighting” – media execs on Ten Upfronts 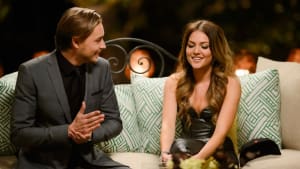 “TV has come out fighting” at the upfronts this year according to Omnicom CEO Leigh Terry. That's the word from the TV media honcho who attended the glitzy 2016 Ten Upfronts on Thursday.

Ten focused on content this year, leaving sales presentations instead to MCN, which took over the sales function of the network earlier this year.

Among its content offering included several new format shows such as Survivor and The Wrong Girl, returning series and international shows as well as the six episode return of 90s cult classic The X Files.

Terry told AdNews that the Ten Upfronts delivered a “strong and confident showing” given the strength of the returning shows from last year.

Both he and MEC national head of investment Claire Butterworth pointed to the network going through its content schedule by quarter – which it had not done for several years – as a sign of its confidence going into next year.

Butterworth said that it was building off a strong year of content with the return of shows such as The Bachelorette, the Bachelor and I'm a Celebrity Get me Out of here.

“They're consolidating off a strong year and building off it so they're not completely repackaging their whole network programming,” Butterworth said. “It's a year where they've had a few wins and their making a few changes as opposed to a complete overhaul, so that led to less surprises.”

Carat CEO Simon Ryan told AdNews that the upfronts delivered an interesting insight into programming and direction but said it lacked the commercial elements of business outcome for clients.

“Whilst a fan of many of the programming elements and successful ratings growth I'd push Ten to partner with MCN to really drive home the data elements and client ROI,” Ryan said.

“The coming years will see a real need to anchor programming, data and a strong automation platform.

“MCN can offer this and it would have been great to see this at the Ten upfronts in more detail.”

Butterworth noted that despite a confident showing in the format of shows of the roster, she had reservations around the return of Survivor, which had a localised version appear on Network Nine in the early 2000s.

“It feels like platform that has been around for 15 years and been tested in Australia before. It's quite similar to I'm a Celebrity Get Me Out of here,” Butterworth said.

“I'm interested to see how they will refresh that format.”

Terry noted that he was surprised too with the limited mention of sport in Ten's upfronts presentation.

“It was a strong and confident showing,” Terry said. “ But as a sports nut, I was surprised at how limited the exposure of Big Bash and Motorsport was.”

Speaking broadly of the upfronts of all the TV networks Terry said both technology and content has been as front and centre as each other, reflecting the needs of the changing landscape.

“TV has come out fighting, which it needed to,” Terry said. “There is a continued threat of other screens and with the growth in cinema, digital out of home, and digital it is a heightened battle field.”