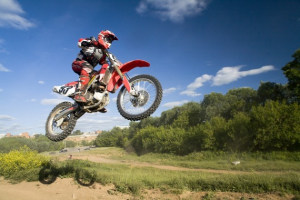 The latest media agency numbers confirm a return to growth for advertising bookings for metropolitan television after being crushed during the depths of the coronavirus crisis.

This is a long way from May when overall television ad spend was down 35.6%.

The growth in October was fueled by big ticket live sport, including the AFL and NRL, which had been moved from September.

The lift had been exclusively forecast in AdNews.

And halfway through November, bookings through media agencies are already 7% higher than for the whole of November last year, according to industry insiders.

The November ad market, helped by a surge for the holiday season, is getting a boost from State of Origin.

The commercial television sector is expecting the brisk business to continue during the rest of the December quarter.

Nine, during a trading update presented to its AGM last week, said that free-to-air (FTA) market conditions have “markedly improved” with December quarter metro advertising revenue expected to be 15% higher.

“Since the end of September, the FTA advertising market and Nine’s share of that market, have both improved significantly, and with the added benefit of major event timing (State of Origin and NRL Finals),” CEO Hugh Marks told the meeting of shareholders.

With the September quarter showing a fall of 15%, that means Nine’s first half TV ad revenue will be broadly flat compared to the same six months in 2019.

Nine has a scheduled investor day on Thursday when it is expected to reveal detail of a return of ad spend to pre-pandemic levels.