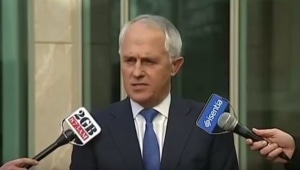 Trust in government has plummeted over the course of the last six months, and has dropped below the late-2014 level suffered by Tony Abbott's leadership.

In what will no doubt be seen as bad news in an election year, the 2016 Edelman Trust Barometer reveals that trust in government has fallen to a three-year low at 47%, while Australian business is only trusted by 49% of those surveyed, and the media an even lower 43%.

The declines are steep across all three sectors. In late 2015, trust in government in Australia was at a high of 60%, while business generated a 65% trust score and media, 54%.

Edelman says that the 47% trust level in government “indicates a level of disillusionment and a growing exhaustion from the informed public with Australia’s rapidly changing political scene.”

Government spending on newspaper advertising nearly doubled to $5.4 million and its spend across all media was up $9 million on Feburary 2015.

While government advertising spend is focused on domestic issues and policies (public health, defence recruitment, policy pushes such as The Ideas Boom), it can in part have the added ramification of bolstering the current government's election chances.

However, in light of the Edelman results, it could be questioned whether the 57% increase in government spend is having the desired effect.

The survey also showed there is no clear frontrunner when it comes to which political party is most trusted, with Liberal (31%) only marginally above Labor (29%).

The loss in trust in government has been reflected across business, which falls 65% to 49%, media which drops 54% to 43% and NGOs – 72% to 62%. All three have suffered a double-digit decline in the past six months.

Edelman Australia CEO Steve Spurr says, “Trust in all institutions has mirrored the volatility that has characterised recent politics in Australia. With the shine coming off another political leader, this year’s results highlight how quickly Trust can be lost in a person or institution.”