When it comes to brand identity and values, the Flight Centre Travel Group is far more than its iconic Captain mascot.

The firm’s Brisbane-based head of creative, content and digital marketing, Luke Wheatley, is accountable for the brand marketing direction across in-store, paid media and owned assets. His role sees him being responsible for what the brand looks like, how it behaves in the market from a creative point of view - from brand strategy to TV ads, branded content and more.

Wheatley, who takes AdNews through its media mix, says the brand has been delving deep into content as the base of its marketing strategy. This content is largely executed in-house with Wheatley not relying on external agencies.

Content wise the brand’s blog pulls in 85,000 unique visitors per month with a healthy 6.5 minutes time spent on page; it’s recently been driving video content on YouTube – with “strong results” and its in its second season of its branded weekend travel show on Channel Ten.

But what about its iconic imagery featuring the Flight Centre captain? (above)

“Look it’s a good thing if the Captain is ingrained in your mind. It’s good as he is the brand, but our people are our brand as well, and we are also doing a lot in the content space,” Wheatley explains.

Marketing-wise its media channels vary from social, TV and print to outdoor and content marketing. Flight Centre dabbles in all.

“It changes in each campaign but we're investing quite heavily into TV because it's still a great device to reach a lot of people,” Wheatley said.

During the Channel Ten show (above), as part of its “truly integrated marketing approach”, related adverts also appear as the brand attempts to lure in potential travellers drawn in by the subject matter.

“We might work with, for example, Air New Zealand, who will help us on an episode, but ultimately it's our brand, content,” he says.

Flight Centre, whose global office is in Brisbane Australia, is one of the world’s largest travel agency groups with company-owned operations in 23 countries, more than 19,000 people globally and 2800 businesses.

A total of 10,000 employees are in Australia alone.

Aside from its media buy with external agency Ikon, everything else is done in house with Wheatley essentially running the brand’s “own internal agency”.

“The reason we do this is for control and cost as when you work with an agency you're getting charged for every minute they think about your brand,” Wheatley says.

“We have teams who are aligned to our brand and our KPIs are the same as the marketing and the same as operations. If one of our team members has a good idea, it's not to win an award and it's not to get more money - it's actually for the best thing for the business, so we control it all.”

Digital media is purchased in-house as it runs many “tactical campaigns” with tourism bodies and airlines which Wheatley says may need to be out with a 45 minute turnaround, based on another provider quickly dropping prices.

With such a quick reaction time needed, Wheatley says it would be “impossible” for a media agency to work in such a swift capacity.

“I was hired to come in and disrupt the market and to run the internal ideas behind it, but it comes down to just cost control. We want to keep our operational cost down and good work comes from people who have ownership of what they're trying to do.

The brand will still go to an agency occasionally, but it's very limited work.

Creating its own in-house agency and not trusting its brand with external influencers shows clear signs of the importance of control to Flight Centre, which is one of the reasons Wheatley was brought into the role 3.5 years ago.

He is also spearheading the brand’s digital transformation journey, working with Adobe from a post-production video point of view including using content aftereffects; which is an area it used to outsource before training up staff on how to use.

“Every part of creativity you can think of and brand management is in my team,” he adds.

“I think for us, the importance of everything that we do is the efficiency. What we're seeing is we're doing lots and we're trying to get it out quick. CAD is the medium we struggle with because we want to get our message out quicker than the turnover for CADs. That’s always been a bit of an issue there, but social is great to get a message out really quickly.”

Wheatley says part of the brand strategy is to bring its actual people to life – those being the real consultants.

“That’s what’s also really driving our brand - our people are our influencers, he explains.

“From a content point of view we've got to make sure we're talking in a place where we have authority to talk, so every bit of content that we put out there is being produced by us.

“When my team travels, we amplify their content as they're influencers. So, that's what's different to us.” 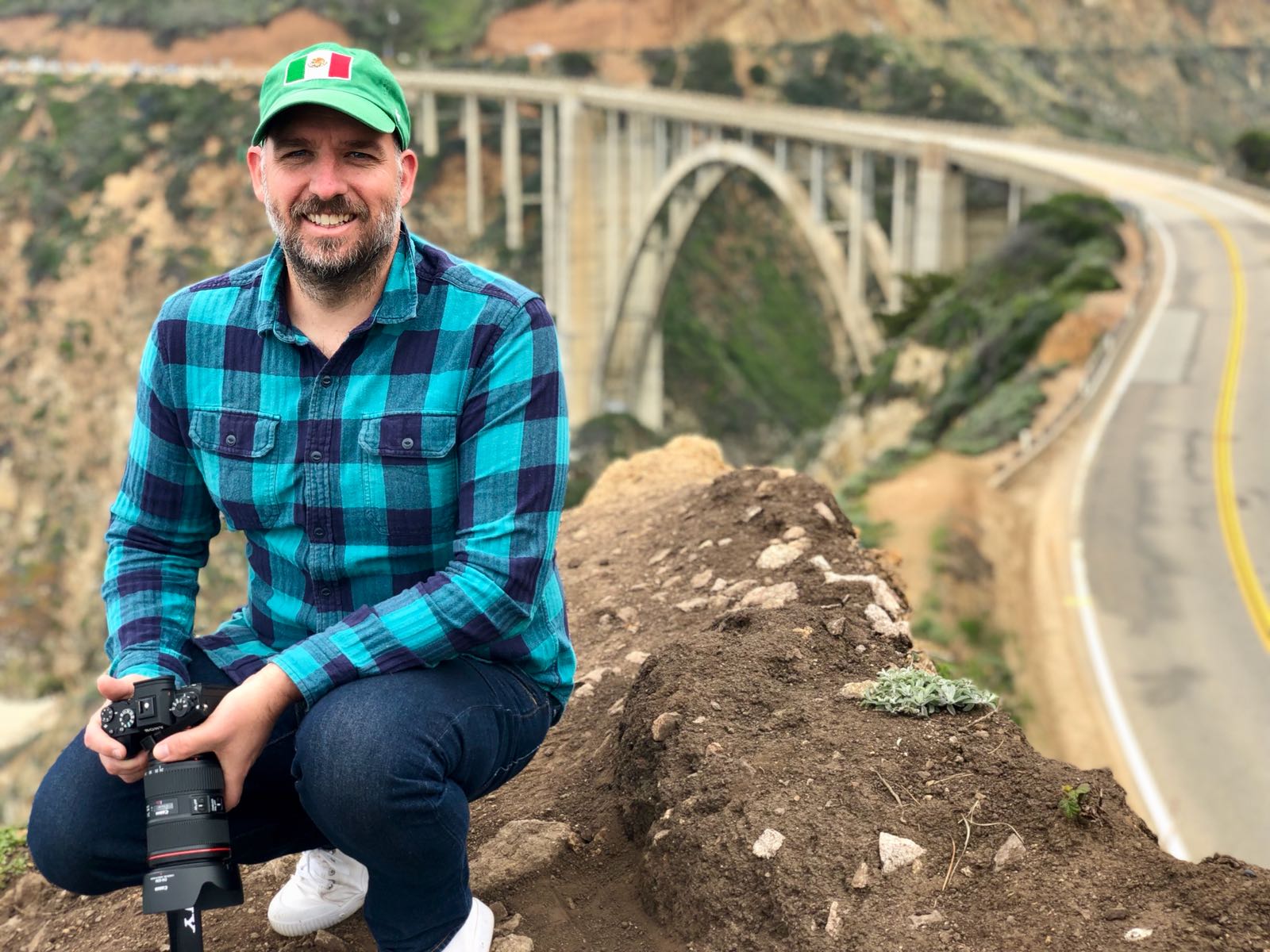 With 10,000 staff in the wings documenting holidays, Wheatley says it has no need to hop on the latest trend of paid-for influencer marketing.

“You can't control it [influencer marketing] and what do we get besides a little tag?” he questions.

“Where's the relevancy? I look at relevancy and yes it's great if they've got five million followers but we don't need reach, we need relevance and that's what we focus on.”

Social media strategy-wise, Wheatley says it has been having good success rates of people swiping up and clicking into the website via Instagram Stories – organically, with no paid for effort here.

He likens its list of flight deals within its print ads to “another version of the internet” and “a certain audience's version of Google”.

“I've watched people in research. You sit behind the panel and they don't know we're there and I watch these people over certain ages and we show them newspaper ads and they're like, ‘yep I love this. I can see Paris is $500, I can see Italy’. They think they're checking prices. It's not Google, it's not internet, but that's how they use it,” he says.

“We make sure we put lots and lots of product on it because people want to see all the options. They use it as a comparison piece and good on them.” 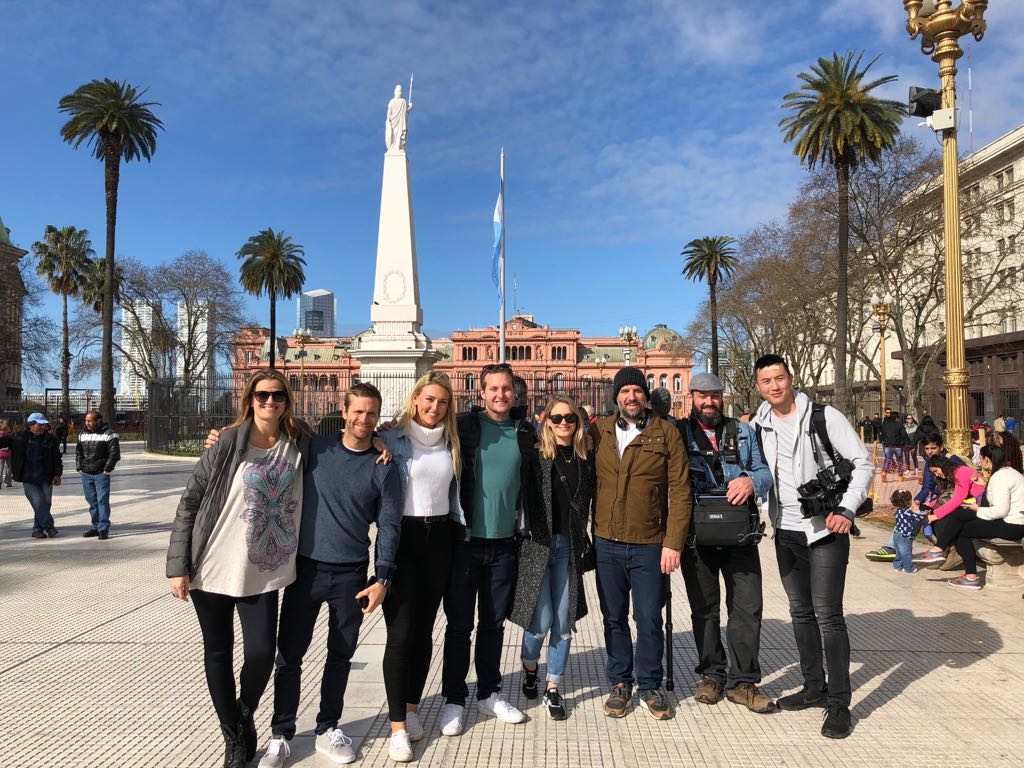 It also uses outdoor for awareness but prefers static printed outdoor as it “stays up longer as no one wants to pay for the printing”.

Despite many billboards becoming digitised, Wheatley says it doesn't worry him as they are always looking for new opportunities.

“If we keep doing today what we did yesterday, tomorrow we're not going to be here and I think that's what myself and the leadership team believe in and are part of and is what we're really focused on.

“We're never happy with what we do. We keep pushing the boundaries and I like that. It's not for everyone but for us, that's how we succeed; by pushing ourselves and by not being happy as we can do better.”

With the rapid surge in online bookings and social media, Wheatley says in-store presence is still “absolutely” a very important part of the business

He says he is constantly telling his team that “we're not our customer” and that even if you book with Flight Centre, you're not the customer.

“You can't be. You can't be in brand and then pretend you're the customer. It just doesn't work like that. So, we always think about the customer,” he says.

Next up for Flight Centre is augmented reality, making its content more experiential, podcasts and more video series based on search channel optimisation, looking at what people are searching for and then answering those questions via short video clips.

In April this year Flight Centre lost its long-running legal battle with competition watchdog, The Australian Competition and Consumer Commission, after being forced to pay $12.5 million in penalties relating to attempts to fix international flight prices. Wheatley was not able to talk about anything related to ACCC or anything in the media.