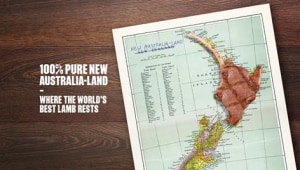 The MLA ad, which dropped this week, suggests the country has “lost the plot” and should unite with New Zealand to reclaim its former glory.

"Australia is the greatest country on earth, but frankly right now, New Zealand is doing Australia better than Australia," one politician says in the ad, created by The Monkeys.

Tourism New Zealand has clapped back to the ad, responding with the 100% Pure New Australia-Land website created with TBWA Sydney.

The site features all the best things to do in the fictional land, but all just happen to be in New Zealand.

One ad on the site says: 'Caves filled with ice, not snakes'. 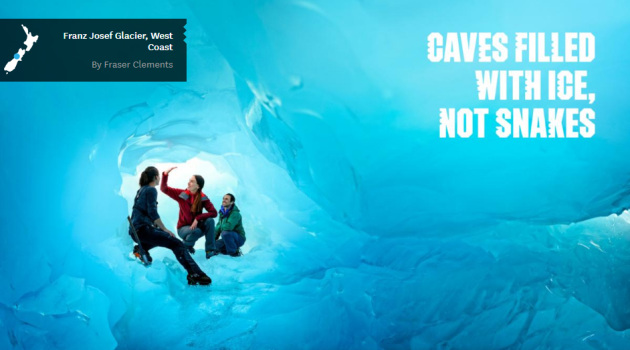 TBWA Sydney CCO Andy DiLallo said it was a chance to focus on what the nation had to offer.

“Aussies seem to think Kiwis are all about Phar Lap and flat whites, but New Zealand has so much more to offer; exciting art and culture, a great food and wine scene and a rich history of one-upmanship,” DiLallo said.

“We realised this was the perfect creative opportunity to share all this awesome stuff with the rest of the world.”

TBWA Sydney creative director Katrina Alvarez-Jarratt pointed out that not only does New Zealand have all the best bits of New Australia-Land, but it even looks like a lamb chop. 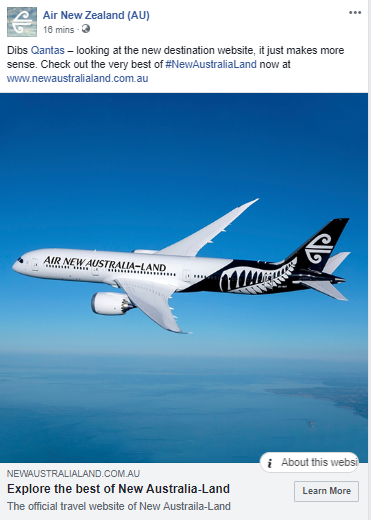