Toothless tigers and agency transparency – a turning tide for 2016? 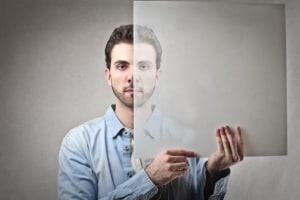 As we roll towards the end of the year conversations turn to 2016 agendas, and one of the big themes set to play out and take many twists and turns is that of agency transparency.

Last month the Media Federation of Australia (MFA), in partnership with the Australian Association of National Advertisers (AANA), developed phase one of Australia's Transparency Framework – a one page, six paragraph document for agencies and advertisers. Some say this isn't much considering it's the outcome of a lengthy project with PwC.

The page contained explanations of items such as rebates, value banks and agency commissions. While the new framework is welcomed by many, others are underwhelmed and have questioned “where the rest is”, what it means and how far can it go?

CEO of the MFA Sophie Madden said the MFA Transparency Framework was created to assist its members and their clients when discussing terms of operating.

“It was designed as a first step in a series of initiatives to help educate and inform and it has delivered on this objective. The focus for the next initiative is to help educate and provide deeper understanding of some of the specific issues and the key questions to ask for both advertisers and agencies on these areas,” Madden told AdNews.

She said the MFA has had “a lot of clients and agencies” congratulating it on the initiative, advising that they are using the framework and have found it to be a helpful tool to navigate discussions on these areas, which is what it set out to do.

Allows for varying shades of transparency

While the MFA is taking steps in a difficult area of the industry to tackle, some argue behind closed doors that it was a waste of time as nothing solid can be done, that the MFA has no power, calling it a “toothless tiger”.

Simon Rutherford, CEO of Slingshot, which hasn't been a paid member of the MFA for two years now, said the issue of transparency has been a long time coming to the surface.

He said the recently published transparency framework put forward by the MFA and AANA is a step forward for the industry, however, being a representative body means the MFA have to put a framework forward that is going to work for all of its members within the context of current business models.

“The outcome is essentially a glossary, accompanied with a directive that places the onus on clients and agencies to establish more robust contracts," Rutherford said. "Whilst it’s a step forward in the sense that it promotes terminology for clients to be aware of, and to keep their agencies honest, in my view it still allows for varying shades of transparency.”

He said at present and and moving forward into 2016, trust is one of the key foundations for any long lasting client/agency relationship.

“To establish that trust, I believe that transparency needs to be less grey and more black and white. For that to occur it is going to come down to individual agencies and clients to determine what is acceptable in terms of transparency,” Rutherford said.

“The issue that underpins transparency is the bigger one. The new framework presented by the MFA and explains previously hidden agency revenue streams, which should now make it harder for an agency to go into a pitch with outrageously low fees that undercut all the other agencies, because if they do, they’ll be starting their relationship on a lie.”

Divergent views and self regulation

“Firstly, they are unable to provide anything other than guidelines to their members and the industry, as to enforce any particular behaviour could see them accused of acting as a cartel,” Woolley explained.

“Secondly, the various agencies represented in their membership will have divergent views on this issue depending on the level of impact the guidelines pose to their current circumstances. The first instalment of the MFA Transparency Framework appears to simply set the terms of reference for the issues.”

He said while many in the industry will be eagerly awaiting the future instalments, it is important to remember the MFA has very little leverage to do any more than provide guidance and then only guidelines that are acceptable to the majority of its agency members.

“It is more important for the individual advertisers to make sure they are managing their agency contracts and relationships to deliver the level of transparency and compliance they and their organisation requires,” he said.

On questions of the MFA having the power to enforce such things, Match Media CEO and founder John Preston, a former MFA board member, said: “Look, it would be an awesome outcome if certain agencies found to be culprits of the code are black banned from the MFA, or at least given time to clean up their act to be reappointed to the MFA, however it’s not a workable solution.

“Each agency sets its own policies and then contracts within those agencies vary by client. The MFA cannot control the commercials of the agency partners, that’s not part of the MFA remit. It’s the agencies that need to self-regulate. I think what the MFA has done is the best step forward to at least set a code of behaviour for all to review and assess.

“The honourable agencies will follow the code and be open with their clients, however some will not. Those agencies that  continue to mask the truth may face increasing pressure by their clients to be transparent about their non-transparency.”

Creating a regulated industry is fraught with issues which in Preston's view will hold the industry back.

“It begs the question, why should the media industry be under such regulation when many other industries are not?”

Some industry figures have also indicated to AdNews that one problem the broader industry has is there aren’t strong enough media figures who are willing to speak out, lobby in parliament, and take action on industry issues. Harold Mitchell was the last, some have said – so who will step up to the plate?

Discussions have also swirled around this year about what value membership to the MFA brings agencies if its voice doesn't carry weight around these issues. The MFA is widely commended for its training programs and for NGEN and Five+ initiatives.

While Carat joined the MFA this year, Rutherford said Slingshot discontinued its membership of the MFA: the agency feels the MFA makes a positive contribution to the media industry but it questioned the value for them as an agency.

“Our model is a little different and we found that the value that the MFA offers is more geared to bigger agencies. We felt we could make better use of our membership fees elsewhere through things such as the training and development of our team," Rutherford explained.

"In addition, Slingshot has had and expressed very strong views about transparency for some time (well before the MediaCom issues). While the MFA has made strides, it represents a range of members and we didn’t feel the position was representative of our staunch position on transparency.”

Match Media CEO and founder John Preston stepped down from the MFA board this year when the agency was acquired by Publicis as at the time there were already two people from the Publicis Groupe on the board. The agency remains active in the organisation.

Speaking from Match’s perspective not the MFA’s view, Preston agreed that the code crafted by is a positive and necessary step; that it sets a public line in the sand that all agencies should comply with, and secondly and critical to the policy, is that the AANA are across this industry view. He said it means that clients are now empowered to assess their agencies and ask questions of their agencies in setting up contracts for the future.

CEO of Starcom MediaVest Group Chris Nolan, who is also an MFA executive committee member, said the business is a member of the MFA because its charter is to “champion a dynamic and thriving industry”.

“SMG supported the development and publication of the transparency framework and commend the MFA in its leadership and the AANA for endorsing it," he said.

Rutherford said to continue to move the industry forward, there has to be a willingness to keep the conversation alive in open forums, no matter how uncomfortable it is.

“If we want to maintain self-regulation status and be respected at the top table, we must strive for transparency to assure clients that we only have their best interests at heart and that they aren’t being taken advantage of. Also, that agencies are paid fairly for their services in transparent ways,” he said.

Rutherford added that clients are now demanding transparency, so agencies will need to sort out their business models pretty quickly – which “will be more painful for some”, but if they don’t, then more external regulation could soon become a topic of conversation in 2016.

Madden added that the MFA has had positive feedback on the framework, particularly around the fact that media agency transparency is a global issue and, working with its members and the broader industry, has managed to set a standard in this market for transparency conversations between its members and their clients. It also been asked if the framework can be used in other markets.

On questions about its perceived lack of power by some and being deemed a "toothless tiger", Madden said: “Our role is to educate, inform and establish guidelines, which is what we set out to do and will continue to do.

“The Transparency Framework is a positive step in an area that is commercial in confidence between advertisers and their agencies. It supports and encourages the role of sound advertiser/agency contracts and compliance processes.”

On where we can go from here, the ultimate decision maker on how an advertiser contracts and operates with their agency is the advertiser in question, Madden said.

“No amount of work by the MFA will alter the advertisers' power of choice to work with the agency that they select or the agency’s option to accept or decline a contract,” she said.

Overseas, the US Association of National Advertisers (ANA) is also looking to draw a line in the sand under the media transparency issues plaguing the US, looking for a third party to run an investigation into practices in the market.

The investigation was prompted by comments made by former MediaCom CEO Jon Mandel, who said in March that the issue of rebates and kickbacks was widespread in the US industry.

“They [media agencies] are not transparent about their actions,” Mandel was quoted by AdAge. “They recommend or implement media that is off-strategy or off-target if it works for the financial gain.”

You can read the full MFA Transparency Framework document here and take a look at this fraud story if you want to know what shifty agency behaviour can look like.

What would you like to see happen across the agency landscape in 2016? Comment below or email me at pippachambers@yaffa.com.au.