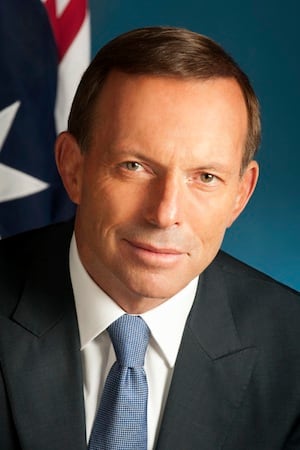 Prime Minister Tony Abbott fronted a breakfast in Sydney this morning to lend his support to Generation Success, a joint initiative between Woolworths and News Corp to get more young people into work.

Thanking his "friends and some-time bosses" at News Corp – referring to his former career as a journalist – Abbott, along with Woolworths chief executive Grant O'Brien and News Corp chief executive Julian Clarke, presented to the gathering ahead of a round table event.

Job creation is right up Abbott's alley, fresh from a diplomatic and trade mission to Asia and with the just-announced airport at Badgerys Creek, which he described as "essentially a jobs package for Western Sydney".

He spoke of his time as Employment Minister in the Howard Government, and his signature Work for the Dole program. "Now, Work for the Dole wasn't always popular – some people thought it was a bit demeaning," he said.

"That's very important because as Grant was saying a moment ago, our greatest commodity is optimism. You are so right – life crushes the spirit and the optimism of so many people, and there is nothing that's more spirit-crushing than the sense that you have something to give and nowhere to give it."

He praised Woolworths for providing a "marvellous social service". "You employ the number of people that, as far as I can work out, exceeds the entire workforce of Tasmania. Every day 87 youngsters start their first job at Woolworths," he said.

"What a marvellous social service that is. The general view of big business is that you're out there, gouging people so you can pay yourselves big salaries and enrich already wealth shareholders. Well wrong, wrong, wrong. Companies like Woolworths are providing a service every day that allows us to live better, and one of those services is of course keeping people in work."

Woolworths will launch a TV campaign in coming weeks to promote the initiative.