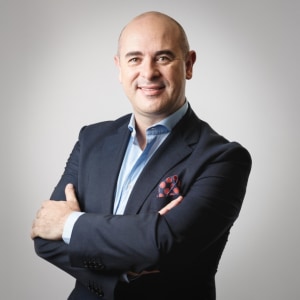 He says the market needs competition and specialisation with all the challenges it now faces.

"There are a number of digital and static networks that need high quality representation and we will commit to both quality
relationship sales and also out-of-home programmatic as it becomes a significant sector of our capability,
allowing brands to trade with Motio differently, without the legacy models of other traditional out-of-home
businesses," he says.

“Since August last year we have been working on a vision to create a customer facing team that enables our own and partner based networks, rich in customer data to team up and benefit from the experiences we have in the place based out-of-home sector with a truly focused tech based environment for brands and agencies to benefit," says Cadwallader.

XTD in December bought Adline Media, an out-of-home operator in the sporting sector, in a $468,000 deal, and is reported to be looking for further acquisitions.

Michael Johnstone, COO of XTD and former owner of Adline:“Since Adline has become part of the XTD business, we have spent the time to get to know the adtech players such as Broadsign, Vistar, Hivestack and Lemma to name a few, and whilst we prefer human-to-human conversations, current market conditions are helping accelerate our automation strategy."

Ben Allman, sales director at Broadsign ANZ: "As the out-of-home industry transitions from selling screens to selling audiences and moments, data has become the currency which underpins how the medium is transacted. The team at MOTIO understand this and are building out an impressive representation business with data and technology at its heart."

The national network operates digital displays in 58 medical and dental facilities owned by Idameneo under an exclusive media contract.