ThinkTV: The facts on the effectiveness of Facebook video advertising 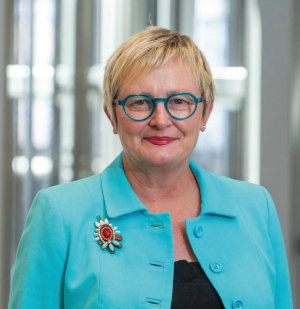 While the debate rages on about Facebook’s My Screen report, ThinkTV’s Kim Portrate says the errors and withdrawal of the report aren’t the real issue. The issue is the facts.

ThinkTV is a strong advocate of industry debate – debate is healthy and constructive, and all sides need to be heard. But to be heard you need to be armed with the facts. So, let’s take a few minutes and do just that.

Fact. TV reaches more people than Facebook
As already established this week, data shows Facebook’s desktop video has an audience of 4.547 million. There may be upwards of 17 million reading text content on the platform but there is a considerably smaller percentage of people watching video.

Fact. Advertising is better if you can see it
Advertising on TV and BVOD is 100% viewable.

Less than 1% of Facebook video advertising is watched in full when TV’s 100% pixels and 30 second norms are applied.

TV advertising plays full screen with the sound on. Basic stuff. It doesn’t struggle with competing on-screen editorial and there won’t be a problem with the consumer scrolling past your ad in their newsfeed.

Fact. Advertising needs to be remembered
Advertising on TV and BVOD is remembered for longer than Facebook, almost 100 days longer. Consumers forget Facebook video advertising in six days. If they see your video ad on any given Monday, it’s forgotten before the week is through.

There is no question that every medium and platform has a role to play in the media mix, but it’s time to start talking about the facts that drive effective business outcomes.

To dig deeper into the detail and understand more about the relative effectiveness of TV advertising and Facebook video advertising, visit ThinkTV.com.au