The Voice holds, while Q&A gets a bump 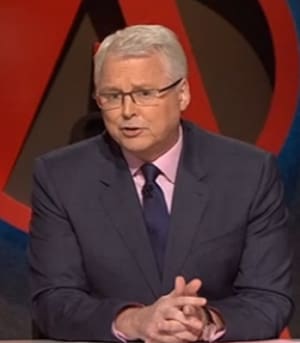 The Voice continued to shine for Nine, while MasterChef bounced back from Sunday in last night's ratings.

The follow-up to the now infamous Zaky Mallah episode of Q&A last week got a 34% bump week on week.

Nine's reality show The Voice grabbed a 1.4 million average audience in the five metro areas according to overnight preliminary figures from OzTAM. The show debuted on Sunday with a metro audience of 1.56 million.

It affected MasterChef more that House Rules on Sunday, with Ten's reality show posting a relatively low 879,000. However, it managed to bounce back yesterday with an audience of 1.08 million tuning in.

Seven's House Rules dropped down to 868,000 up against both The Voice and MasterChef at the 7.30pm timeslot.

Meanwhile, The ABC ran its Monday night current affairs programming including Q&A which got a 34% increase compared to last week.

A total of 797,000 people tuned into the show, spurred on by a whirl of controversy surrounding last week's show on whether Zaky Mallah should have been allowed to appear on the program, which prompted tabloid front pages and a government enquiry.

Elsewhere, Nine's US import Lip Sync Battle managed to bring in 1.24 million viewers on debut after it ran directly after The Voice.

Check out the numbers for yourself below.