The unknown jungle was a tough sell for agencies 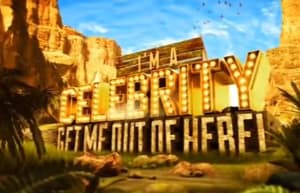 Network Ten is pinning its hopes on its new reality format I'm a Celebrity Get Me Out of here to shore up ratings and revenue this season, but the secrecy around the celebrities appearing proved to be both a blessing and a curse.

At Network Ten's upfronts in Sydney late last year, Ten's sales director Louise Barrett told her audience that it commissioned the show based partly on the brand integration opportunities it offered.

However, ahead of the launch of the show only KFC was disclosed as a major sponsor of the show, with Budget Direct being revealed after the launch.

Network Ten wouldn’t release any more details saying that it was keeping quiet for “competitive reasons” but senior media buyers have told AdNews that not knowing which celebrities would go into the jungle held back the network from securing major integration and brand involvement up front.

Media buyers weren’t sure how it would pan out and some even advised clients to steer clear of the entire first run season.

“They're struggling to get brands on board for this one,” one media agency boss who declined to be named told AdNews. “There are just too many unknowns around the show for us to recommend to clients that they get on board.”

“We knew nothing about the celebrities, and that's a large part of what makes the format work in the UK. It wouldn't really be prudent of us to turn around to clients and recommend the opportunity to them. We're telling brands to give it a season to see how it goes.”

There was sympathy with Ten, but that doesn't pay the bills.

“It was hard, because we didn't really know who the celebrities were. A fair degree of what makes the show work or not is who they have on the show, and Ten couldn't really release that information,” another media buyer told AdNews.

“You can understand it, but it did make it hard," they said.

Others feared that I'm a Celebrity could be seen as “bogan TV” which brands did not want to be associated with.

However, Carat's chief investment officer Paul Brooks told AdNews that he didn't understand the hesitancy on behalf of media agencies.

“We've had all the information we were seeking from them about the show, as much as they can give us anyhow. Obviously we're broadly aware of how it will work from the UK series,” Brooks said.

I'm a Celebrity debuted with a metro overnight audience of 1.1 million last Sunday, and has since trended downward in comparison to other reality competitors such as The Block and My Kitchen Rules, which have been competing in the same timeslot.

However, Ten pointed out that last night's show numbers, in the absence of MKR, went up.

Nine had previously announced that brands such as Mitre 10, Coles Car & Home Insurance, and McCafe were on board with The Block.

Meanwhile Ten itself sent out a similar release around one of its other new shows The Shark Tank, with Optus ,Samsung, and Officeworks jumping on that one.

CEO of Slingshot Media, Simon Rutherford, told AdNews that Ten would be disappointed with the performance of the show so far.

“I think they were hoping for it to take more numbers off the other formats, but it hasn't panned out that way so far,” Rutherford said.

He admitted that he had been unable to catch the show so far, but said while the mystery surrounding the talent had been a drag on Ten securing upfront dollars, but that was always going to be the case.

“I was involved in the first season of Big Brother. Now that's what you call a punt,” he said.

“It didn't help that we didn't know about the talent, but it was always going to be a pretty big ask anyhow. It comes down to the risk appetite of the brands. We would tell brands that it was a big risk, but the reward also there as well."

Hesitancy around an unknown quantity isn't just about the jungle though, all new reality shows suffer from it.

“There has been a hesitancy about it being the first year, but that's not isolated to I'm a Celebrity," Brooks added. "You have a look at MasterChef and that had basically no partners on it, but come season two all sorts of brands were clamouring to jump on board.”

Ten said suggestions that it had trouble selling the show to media buyers was “nonsense”.

“We have had absolutely no problem signing up sponsors and advertisers to the show, to suggest otherwise is nonsense,” a spokesperson for the network said.

It also said that it had signed up more brands, but again it was unable to disclose what these were at this stage.

It said that the show had performed within its expectations, while online it had beaten its internal forecasts.

The role of brand integration in TV is becoming increasingly important, partly because there's less demand for traditional spots and dots advertising. The increased focus on higher-value opportunities comes at a time when all networks are under pressure for revenue.

The back-end of 2014 was not great for TV networks if the Standard Media Index numbers bear any guide.

The December SMI figures indicated a drop of 4.1% of money spent with TV networks compared with the previous year, while the November figures painted a similar picture.

Most media agencies have predicted a broadly flat year in terms of TV media spend, although it will remain the dominant medium for advertising dollars.

Nine's The Block has made a lot of progress with branded integration in its reality shows but say it's not as simple as a drop off in demand for traditional spots.

Nine's head of branded content and integration Lizzie Young told AdNews: “It's not really quite as simple as that. Whether or not spots and dots are going down we're creating these opportunities because of demand from the marketplace, independent of what's happening in the ad breaks.

“Brands are looking or deeper integration opportunities, and they're looking to be a brand which empowers consumers.”

She pointed to the success of the Vodafone Home Coach which rolled out as part of Nine's The Voice coverage last year as an example of the type of executions brands were looking for.

In response to this morning's story, a repesentative from Network Ten said the following:

“The response from advertisers has been very strong. I'm A Celebrity... Get Me Out Of Here! is a proven success overseas. Advertisers understand the importance and value of not revealing the 10 celebrities until the first episode. And two of the key talent – Julia Morris and Chris Brown – were announced in advance,” they said.