The top 20 advertisers in Australia for 2019 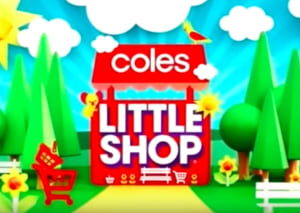 Retailers are the big spenders when it comes to advertising in Australia, according to 2018-19 financial year estimates by Nielsen.

Nielsen's Ad Intel shows the big retailers combined spending more than $1.6 billion over the 12 months to the end of June.

Homeware retailer Harvey norman spent $151 million,  Wesfarmers (with its portfolio of retailers including a part year for Coles which is now separately listed on the ASX) spent $132.5 million, and supermarket chain Woolworths $118.8 million.

Across the top 20 industries, advertising spend combined was $7.747 billion.

Of the top 10 industries, only two reported year on year increases in ad spend.

Foxtel dominated the category share of spend with a significant push on their new 'I want it all' campaign earlier this year offering sports, drama and entertainment plans.

The top 20 advertisers are listed below in an interactive chart.

(NOTE: Nielsen Ad Intel aims to produce the most complete and accurate estimates of advertising expenditure in Australia and we continually refine and improve these estimates as the media landscape in Australia evolves, meaning that the estimates of ad spend provided in this report are correct at the time of release, but are subject to change.)