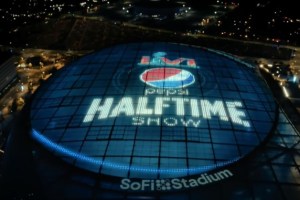 Advertisers at the 2022 Super Bowl have started to release trailers for their commercials.

The National Football League’s 56th Super Bowl is due to be held February 13 at SoFi Stadium in California.

Todd Kaplan, VP of Marketing – Pepsi: "Now that we are just weeks away from the most anticipated Pepsi Super Bowl Halftime Show performance of all time, we're bringing fans closer to the magic of what will certainly be a colossal moment in pop culture history.

“Given our epic lineup of five superstar talents, we wanted to deliver a cinematic experience that could properly honour each of the artists and celebrate their role in music and culture as they descend upon Los Angeles to deliver a performance for the ages.”

Out of 100 advertisers at this year's Super Bowl about 40 are new, with slightly more fun themes than last year when the US was in a presidential election and the uncertainty of the pandemic.

Dan Lovinger, the head of ad sales: “We tend to hold a few units in our back pocket until the final game matchup is announced.”

Thirty second spots have been going for $US6.5 million, up around $US1 million on last year.

Lovinger: “If you're looking to reach 100 million people in an evening. There's really only one place you can go and that's the Super Bowl.”

Among the advertisers is South Korean carmaker Kia with a 60 second spot, after skipping last year. Other automotive players with commercials include Nissan, Toyota and General Motors.