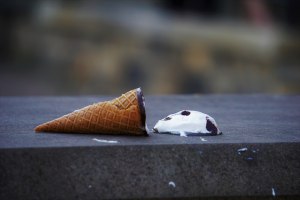 An Oreo cookies ad shown during the Lego Masters finale was found not to target children despite appearing in one of Australia’s most popular general entertainment shows for children.

The Ad Standards Community Panel (the Panel) dismissed the Obesity Policy Coalition’s (OPC) complaint that Oreo had breached the new AANA Food and Beverages Code, which states that ads for occasional (unhealthy) food and beverages must not target children under 15 years.

The Panel found that the ad did not target children, saying that under 15s made up 17% of the audience, below the required threshold of 25%.

Jane Martin, executive manager of the Obesity Policy Coalition said: “This is our first test of the new advertising industry rules and shows that they are clearly failing to protect kids from unhealthy food marketing.

“It begs the question; should industry be making rules, which allow advertisers to promote unhealthy food in programs which rate highly with kids.

“We all want our kids to enjoy their favourite shows, like Lego Masters, without being bombarded by unhealthy food advertising that influences what they ask for, what they desire and what they eat.”

“Processed food companies spend millions to boost their bottom line by advertising these unhealthy foods when they know kids are watching. These companies put their profits over our kids’ health as they seek to build a new, loyal generation of lifelong consumers.

“This enticing ad shows a young girl engaging her distracted father by sharing Oreo cookies as they dance together in front of buskers at a station. The ad ends with the tag ‘stay playful’, which evokes a childlike appeal and encourages kids to identify with the girl’s perspective.”

Martin said “If a show like Lego Masters, that is one of the top rating commercial TV entertainment programs watched by children doesn’t meet the test for targeting children, then the test is flawed.

“This is what happens when industry is left to write its own rules and oversee the operation of the system.

“This demonstrates that the approach isn’t working and it’s time for government to set controls to protect children, similar to other countries such as the UK.

“Our community expects action. We know 7 in 10 Australians want government to step in and protect our children from unhealthy food marketing. These measures should include TV, radio and cinemas free from these unhealthy ads between 6 am-9.30 pm.”