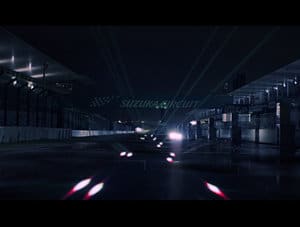 Data, big and small, has dominated the conversation in marketing in recent years and often the debate has raged around how the rapid growth of data and applications of it affect creativity in marketing.

Speaking at the Cannes Lions Festival of Creativity, Koichi Yamamoto, global planning director at Dentsu and a former winner of a Titanium Grand Prix, talked about the interjection of data and creativity - the two are not mutually exclusive.

Data, he said, is not just about creating efficiencies – but should also be adopted to drive creativity.

"The growth of wearable devices will generate more and more data and there will be more and more uses of data because of the devices out there. So what does the increase in day change our lives? It makes life easier and makes living much more efficient and optimised, but also, makes marketing much easier," he said.

“Data makes marketing better and more efficient and effective and easier to manage, but is that all data can do? Can it not also enrich creative? That's what we aspire to do."

Yamamoto outlined a number of examples of data being used to drive creativity, by being turned into visualisations or forming the basis of the idea. Concepts such as Lev Manovich’s ‘On Broadway’ project that compiles and aggregates all the social data from social media check-ins around Manhattan’s Broadway.

Yamamoto also talked about the Dentsu project for Honda that won the Titanium Grand Prix last year by using racing data such as speed and revs from late racing driver Ayrton Senna, to recreate his fastest lap at the Japan's Suzuka race track suing sounds and lights.

The impact of data on marketing has already been profound, but so far it has mostly been used to gather information, inform targeting and has remained on the fringe of creativity – something Yamamoto thinks should change.

“It’s estimated that computers will surpass the total sum of human brain power by 2045 – as artificial intelligence (AI) evolves the question that always pops up which is ‘will artificial intelligence take over creative capacity?’ There are already programmes that will automate copy for you and automated website design services, but we strongly believe that AI will never take over our creative industry. In fact creatives will probably be the last profession on earth. AI can take you down a path but only the human brain has the capacity to imagine.”