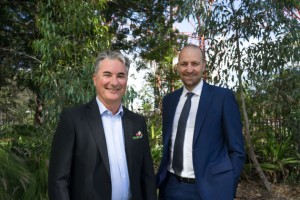 The Media Store (TMS) CEO Craig Jepsen has exited the business after nearly three years in the role, AdNews can reveal.

He will be replaced by Melbourne GM Stephen Leeds who now steps into the CEO role.

Jepsen joined the agency in 2015 from Toyota where he was media manager of national marketing, replacing Chris Mort as the business was preparing to defend the Toyota account.

The independent agency expanded into Melbourne last year as Toyota relocated its headquarters to the Victorian state.

As part of the opening of a Melbourne office, TMS appointed Leeds to head up the operation in August last year.

TMS confirmed to AdNews that Leeds is transitioning into the role and head of people and culture Jacquie Alley will become COO.

"Following 12 months as head of the Melbourne office, Stephen Leeds is well positioned to continue the sustained growth of the independent media agency and will shortly provide an update on the Agency’s performance and next chapter, including client wins, award-winning campaigns and wider team appointments," the company said in a statement.

"For now, effecting a seamless transition is a priority for The Media Store board and leadership team, with a focus on clients and agency staff. "

Given the close relationship Jepsen had with Toyota, industry sources speculated that his departure could impact the agency's retention of the Toyota account.

"Toyota Australia has had a relationship with The Media Store for more than 20 years. Any rumours of issues with our relationship are false," A Toyota spokesperson told AdNews.

"As long-standing partners, we continue to work closely with them and will not speculate further on contractual matters."

Prior to joining the agency, Leeds worked at The New Daily as commercial director and before that was Melbourne sales director at ARN for nearly three years. He was at Network Ten in various roles for 12 years.

Over the past 12 months, the agency has firmed up its Melbourne office. This included the appointments of Helen Karambilas as group business director for the Lexus account and Ella MacDonald as business manager for Toyota Retail in March.

Most recently, the agency won and delivered the media strategy and buying for Federal Chamber of Automotive Industries nationwide Takata airbag recall campaign.