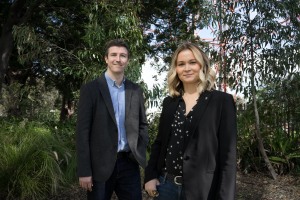 The Media Store's David Lodge and Ally Cooney are relocating to Melbourne to build a new office in the Victorian capital.

The Media Store has begun its expansion into Melbourne with the relocation of key staff, including head of digital Ally Cooney and group business director David Lodge.

The media agency is setting up shop in the Victorian capital to continue serving its largest client Toyota, which has also moved its headquarters from Sydney down south.

The Media Store tells AdNews five Sydney staff are relocating and the agency is in the market for an additional 17 to establish its Melbourne office. A team of 20 staff will remain in Sydney to serve clients in New South Wales and Queensland, including Kennards, Hino and several more.

Top of the list of its Melbourne recruitment drive are planners with around two to four years of experience.

“We’ve been flooded with CVs from graduates just from advertising on our own channels and are really happy with the influx of interest,” Cooney says.

Cooney tells AdNews the move to relocate to Melbourne is primarily driven by the need to continue serving Toyota and Lexus, a relationship that has spanned for the past 20 years.

“There are other reasons why we’re really keen on moving down,” she adds. “We want to expand The Media Store into Melbourne and are really excited about hiring a new team from scratch.

“We also want to work with the Melbourne media owners and working with them to help build our agency and the brands. We will be at the Seven Upfronts event next week, which is where we will be kicking that off.”

“He has got a really good scope of the media in Melbourne and the connections with the Melbourne market that is really important to us to make sure we start on a good footing,” Cooney says.

Lodge specialises in cross-functional leadership across paid, earned and owned channels and has worked with The Media Store team to drive such campaigns as Sealy’s 3 Million Club, Sharp’s Big Is Too Small a Word and Toyota’s Megafactories and New Generation Camry.

“Ally and David have collectively dedicated 21 years to The Media Store and during this time, both have contributed heavily to the growth of the business and our strong culture,” The Media Store chief executive

“We are also excited to be on the look out for additional team members to grow our Melbourne team while servicing two of the leading brands in Australia.”

TMS now has several clients aside from Toyota and its luxury sister brand Lexus. These include GHD, Sealy Posturepedic, Cammy, Hino, Texas Tourism, Kohmatsu and Kennards (see below).

The Media Store are leading a national-first partnership for Toyota Corolla with HT&E, using technology that enables AdShel’s Live digital panels to be triggered to display contextually-relevant creative when ARN stations broadcast the creatively-synched radio advertisement.

“This campaign gives The Media Store an opportunity to not only use HT&E’s relevant, high-reaching and impactful Radio and Out of Home assets, but to also connect with consumers simultaneously via two different channels, activating both audio and visual memory encoding,” Jespen added.

The campaign rolls out this month October.