The Marketer: Fairfax: build it, buy it - bring it 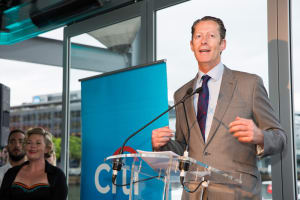 This first appeared in AdNews' print edition. Subscribe to AdNews in Print, or get it now on iPad.

Fairfax Media, like all the big players in the market, has been disrupted and Andrew McEvoy – who, as managing director of marketing services now has responsibility for the Life Media portfolio as well as his previous remit for marketing and events –has a three-point plan of attack: acquisitions, inventory and building new products.

He reckons that Fairfax has done a decent job of readying itself for change, but there is still room for improvement.

McEvoy is heading into his second year at the publisher and, after growing revenue in the events division he was running by 35%, is now tasked with doing a similar thing across its Life Media division. Partly, it will come from further growth in events, but also from acquiring businesses that reduce the publisher’s reliance on advertising revenue.

He says events are a good example of building new products: “It’s got some sponsorship, but it’s really consumer-led, it’s really engaging directly with the consumer and monetising the consumer, as opposed to relying on advertising.

“The business has never had a bigger growth,” says McEvoy. “There’s not a lot of businesses that could say they’ve grown revenues by 35% in a year off a pretty good base – [events] will be close to a $40 million revenue business for us this year [and] that makes a good margin,” he says.

Events alone, however, are not the answer. Also on McEvoy’s list is product creation and building businesses that are separate to the publisher’s bread and butter. Fairfax has built up its in-house product division and mobile capabilities, but McEvoy argues that the publisher can do more in the video and mobile space in terms of attracting a greater audience.

Where it can’t build its way to a stronger business, Fairfax isn’t afraid to buy businesses that compliment and help it do so. It has cleaned up the balance sheet so that the business can acquire more businesses and further diversify its investments, explains McEvoy.

“We’ve been able to invest in things like Stan/StreamCo, Huffington Post – those digital ventures. We’ve bought a few little things in the event space, but we’re looking for more acquisitions.” Recently Fairfax got involved in game-based learning service Skoolbo, the sampling business through beauty box scheme

“We’re not going to do anything unless we can buy a business we know we can add value to. Or if we can see a gap in the market where we can create something, that’s what we’ll do. We’re interested in the health and fitness space, popular culture, maybe doing something in the real estate space – they’re all strengths of Fairfax.”

While revenue diversification is front of mind for Fairfax and McEvoy, he explains that the publisher still makes the bulk of its revenue through traditional advertising, and that now includes native and custom content for brands, so the publisher’s inventory, its audience, and what it does with it, is also in McEvoy’s three-point plan.

“Our inventory is awesome,” McEvoy says.

“The audience is amazing, they’re engaged, they’re big and, in many cases, we’re the number one in terms of audience numbers and page impressions in our category. My view is we don’t yet monetise it as well as we could,” he says.

McEvoy, not a publishing lifer, joined Fairfax in 2013 following a 20-year client-side career. Directly prior to Fairfax, he spent four years as managing director of Tourism

Australia and oversaw a period of strong brand storytelling and marketing at the hands of Tourism Australia’s then marketing director, Nick Baker. So for McEvoy at Fairfax, marketing the publisher and its brands to both consumers and advertisers comes down to telling its story better.

“Our credibility has been built through independent journalism and that’s got to remain in the Life Media verticals – just as it does in news. A lot of brands want association with that credibility and that’s what we can provide, and as long as people understand the line that gets drawn between the commerciality and the journalism, then we’re okay.”