The Golden Age of advertising is over but creativity lives on 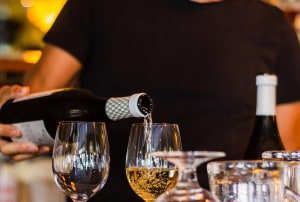 The Golden Age of advertising, with big budgets and bigger lunches, is over but creativity is alive and well.

He looks at the 1990s and early 2000s that saw the end of advertising’s golden age and the beginnings of fragmented media, fragmented audiences, leaner budgets.

For this research, he spoke to 50 people, those who were in the industry at that time.

And he argues that in the early days of the digital revolution, advertising industry players didn’t pay too much attention to the Internet because they didn’t have too.

“The old system was too lucrative and the new digital world seemed overly technical, insufficiently profitable, and altogether alien,” he told AdNews.

“They were comfortable with the status quo, so why change?

“However, I note that there were a few changes that were making this stance problematic – media agencies were growing in size and strength, while marketers were beginning to ask harder questions about advertising and advertising budgets.

“So when social media began to give the consumers a greater voice, the advertising agencies found themselves in a difficult space.”

He says the aspects that underpinned the golden age progressively fell by the wayside.

“Media broke away from the agencies, depriving them of the lucrative income stream on the one hand and the capacity to develop integrated approaches on the other.

“Then marketing directors in the clients’ head office began to ask agencies difficult questions about returns and efficiency.

“They could also see other options that did not necessarily require the advertising agency’s input.

“The recession of the early 1990s enhanced the clients’ power – and they never relinquished it back to the agency.”

While the internet changed the world, agencies, clients, and media were all unclear on how big this revolution would be.

“Had the creative agencies been more on board, they might have been in a better place to meet the new digital order that emerged after the rise of Google, iPhone, and Facebook,” he says.

“I would argue that it’s greatly expanded creativity. The 30 sec ad is no longer the blue riband piece of advertising.

“Advertising is a much, much broader tool than ever before, which means that creativity needs to be borne out in the idea as well as the execution – nothing can be taken for granted

What next? Where is the industry heading?

“It is definitely not going back to the past ‘golden age’,” he says.

“Too much has changed in terms of advertising’s key stakeholders, notably the client. That said, advertising is finding its place in the new digital order, albeit slowly.

“In both cases, it was the people who grew up on the medium who would go on to make the biggest impact when they entered the advertising industry.

“While we are nearing up to this period in terms of mobile and social media, it remains to be seen whether this pattern will occur again.

“The speed with which new platforms emerge seems to reset the clock in terms of growing up with the medium/platform.”