The elements that work best for TV advertisers in Australia 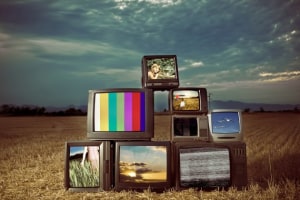 Daytime, 15-second spots, and Saturdays are some of the most effective elements for TV advertising in Australia during the pandemic, according to data from TVSquared.

The pandemic has accelerated pre-existing trends in the TV market, with 82% of Australian viewers now watching streaming services, according to Roy Morgan data. The increase accounts for a nearly 20% rise between 2019 to 2020 alone.

TVSquared used its global, always-on analytics platform to analyse response, audience, and cost data from the past 18 months, accounting for millions of spots and nearly $100 million in ad spend, to find out which cross-platform TV buy elements are working best for Australian TV advertisers.

The findings represent an aggregated view of advertisers airing across Australian TV networks and insights are represented against the overall average for performance and cost per response (CPR).

Daytime was consistently the winner when it came to both cost-effectiveness and driving performance, while primetime, traditionally the highest-rated time of day, didn't deliver on advertiser expectations.

TVSquared also found that 15-second spots won out over the traditional 30-second spots, with a 60% higher response rate and a 54% more cost-effective CPR than 30s, while 45s were the least effective and efficient of any spot length.