The digital platforms call out 'unintended consequences' of the ACCC inquiry 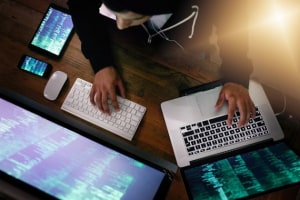 The big digital platforms say there are "unintended consequences" of the recommendations of the inquiry by consumer watchdog the Australian Competition and Consumer Commission (ACCC).

The 23 recommendations in the final report of the inquiry into Google and Facebook respond to the substantial market power wielded by the digital platforms, their impact on competition in media and advertising markets and implications for news media businesses, advertisers and consumers.

The government has accepted ACCC’s overriding conclusion that there is a need for reform - to better protect consumers, improve transparency, recognise power imbalances and ensure that substantial market power is not used to lessen competition in media and advertising services markets.

The government has called for community feedback before forming a position on the ACCC recommendations.

Today the the Digital Industry Group, with Google, Facebook, Twitter and Verizon Media as its founding members, launched a detailed response to the ACCC report.

"We recognise the importance of the issues raised in the DPI (Digital Platforms Inquiry)," the lobby group says.

"However, we note that its original terms of reference were to investigate the state of competition in the media and advertising services markets, particularly in relation to news and journalistic content.

"We are concerned that the final recommendations have unintended consequences for a wide range of digital service providers, organisations that rely upon digital services to market goods and services, consumers of online services, and for the Australian economy."

"We therefore urge the Australian Government to fully consider these unintended consequences and undertake necessary broader consultation with the digital industry, as well as other affected industries, before any major reform is announced."

The lobby group has commented on all 23 recommendations, including changes to merger law and monitoring and enforcement.

It supports an inquiry into adtech services and advertising agencies.

The lobby group says Australia’s technology sector contributes $122 billion each year to the national economy, or 6.6% of GDP.