The Bulletin: Vizeum win; your next Bachelor; Microsoft exec exits 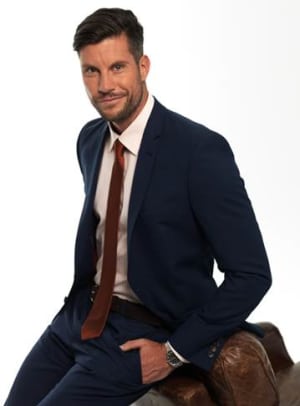 Your next Bachelor, Sam Wood.

Dentsu Aegis agency Vizeum has won the Wotif and lastminute.com.au brands after a competitive pitch.

Network Ten has revelead its next Bachelor, with Tasmanian Sam Wood the next bloke to suit up.

The next series is advertised as "coming soon", with Ten hoping the next series will be as successful as the last where a social media firestorm over Bachelor Blake Garvey helped fuel great ratings and word-of-mouth hype about the series.

Ten is also set to produce The Bachelorette this year, featuring one of last year's Bachelor contestants, Sam Frost.

Microsoft executive vice president of advertising and strategy Mark Penn is to exit the firm in September to open his own private equity firm.

During his time at Microsoft, Penn was best known for overseeing the creation of the "Scroogled" campaign - launched in 2012 - which criticised Google for its collection of consumer data and the performance of devices running Chrome OS.

Publicis Groupe global agency BBH has acquired full-service digital shop Domani as it looks to boost its skills in technology and digital.

Domani will be fully owned by BBH and be based out of the parent's New York's offices but will continue to operate under its own name.