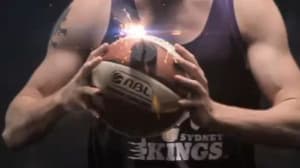 Publicis Mojo has been appointed to the National Basketball League (NBL) account to understand a rebranding campaign.

Work on the rebrand will be effective immediately with the agency's Melbourne arm bolstered by former Publicis Mojo Brisbane deputy creative director Ryan Petie, joining to lead the team.

NBL executive director Larry Kestelman said: “I am excited to announce our relationship with Publicis Mojo who will play an integral part in rebranding the NBL’s digital, customer experience and fan engagement interface. We have a very progressive agenda to position the NBL as the number one sports entertainment product in Australia and I am confident that Publicis Mojo will assist in achieving that.”

Verizon has completed its $4.4 billion acquisition of AOL, telling the market that it had completed the purchase of all outstanding shares.

Higginson's role will see her take responsibility for television and licensing across Roadshow’s content for Australia and New Zealand, including free-to-air TV, pay per view, pay TV and video on demand partnerships.