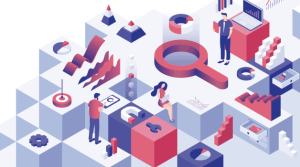 The industry has responded to the ACCC’s final report into its adtech inquiry which found “significant” competition concerns in the sector.

The report highlights  the dominant position of Google in the adtech supply chain which the ACCC says “harms businesses and consumers".

IAB CEO Gai Le Roy says the report has implications for many aspects of the adtech sector.

“IAB looks forward to working constructively on behalf of the industry with the government on the key issues it raises and to continue to build confidence across the ad tech ecosystem,” she says.

“The digital advertising industry is focused on ensuring advertising technologies prioritise consumer privacy and accountability in the development of targeting, measurement, and attribution solutions.

"We recognise the critical importance of transparency across the Australian ad tech supply chain and are actively working to develop measures that work for advertisers and publishers, as well as consumers.”

“The ACCC has done an excellent job of identifying the main issues caused by the opacity of digital advertising and the data that makes it function, including Google's dominant role throughout,” Stinton says.

“We have been calling for more transparency in ad tech for some time, both to ensure publishers can achieve fair prices for our inventory but also to ensure advertiser campaigns are as effective as possible, so we welcome the ACCC's recommendations in this area.

"In addition, we strongly support the data separation measures recommended by the ACCC. This will protect consumer privacy by beginning to unwind the invasive collection of consumer data.

"We urge the government to act on these recommendations quickly, while also finalising the Attorney General's review of Australia's woefully inadequate privacy regulations. In concert, these important reforms will go a long way towards slowing the data arms race that is currently underway to the detriment of Australian businesses and consumers."

“It’s encouraging to note that in its report the ACCC acknowledged the important role agencies perform for advertisers, as well as calling out the work the industry has consistently carried out in seeking to empower advertisers by providing guidance on what they should expect and ask for in their dealings with agencies,” Madden says.

“Specifically, the MFA Transparency Framework for Agencies and Advertisers, the AANA’s Media Contract Template, and PWC’s checklist for brands on transparency and disclosure.

"In recognition of this work and the competitiveness of Australia’s media agency industry, the ACCC further concluded that government intervention is not currently necessary to respond to transparency and conflict of interest issues relating to ad agency conduct.”

Joe Frazer, Half Dome managing partner and head of growth, says while the findings are “unsurprising” they are not extensive.

“I would note that the findings of the report do not seem to be extensive, for example there does not seem to be any mention of the tight integration Google Campaign Manager has with Display and Video 360 (Google’s DSP), and the workflow and capability differences provided to their own ad tech stack based on this integration which I know for a fact influenced technology decisioning in major holding groups for years,” Frazer says.

“Nor is there mention of the exclusivity of some tracking their ad server receives - of particular note are the reporting capabilities afforded across Google O+O inventory including Google Search and YouTube within their ad server Campaign Manager.”

John Vlasakakis, cofounder of Next&Co, has also welcomed the ACCC’s recommendations in the report.

“It is murky even for agencies doing buys sometimes to understand the supply chain in pricing as with some vendors it isn’t clear,” Vlasakakis says.

“It is for the best and more transparency will lead advertisers to choose better suited options for their businesses. Any monopoly dominating any market is a concern as it leads to them exposing businesses to a huge amount of risk if they are not set up for diversification in media spends.”

"We support increased transparency over the operation of Google's ad tech services, including the way it collects and uses data, the fees it charges to users and publishers, and Google’s claims regarding the benefits of its ad tech services.”

"We have been calling for tough new rules to address these concerns and we are very pleased that the ACCC has recognised the urgent need for action.

“Ad tech services are vital in the digital economy. The current situation where only one player is dominant across all parts of this vital supply chain is unsustainable and is causing real harm to publishers and advertisers. This, in turn, harms Australian consumers.

“In fact, the ACCC found that 90% of all ad impressions in 2020 passed through at least one Google service. This level of dominance cannot be left unchecked and action to address the harm caused by this unprecedented market power is now overdue.

“Advertisers and publishers need to know that the prices they pay and their access to ad tech services are competitive and are not impacted by the market power of one business.

“That is why we have been consistently calling for sector specific rules to ban firms with market power across the supply chain from preferencing their own services. Crucially, this includes controls on the use of consumer data obtained from the provision of ad tech services from being used to gain a competitive advantage in the supply of other services.

“There will be benefits across the economy from the measures, including to improve price and performance transparency, which will assist to ensure innovation is promoted, advertisers pay less to reach consumers and publishers receive higher advertising revenues to fund high quality online content.

“The ACCC found that in 2020, almost 30% of advertising expenditure went to fees for ad tech services. In a $2.8 billion market for ad tech services, reducing these fees means less money wasted for advertisers and more money for publishers to invest in great local content.

“We urge the government to accept all of the ACCC’s recommendations and move to introduce the necessary legislation as quickly as possible."