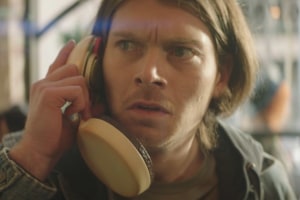 This year was a good year for epic ads, and thoughtful ones. This is the AdNews pick of ads that caught our eye and blew our minds. The list first appeared in The Annual  in print - check out the full issue on Zinio. The theme of The Annual was trust - and how the lack of it has affected the world and the industry over the past 12 months.

Airbnb ‘Until We All Belong’ by Clemenger BBDO Melbourne

Airbnb teamed up with Clemenger Melbourne to ask Australians to show their support for marriage equality by wearing a symbol of marriage itself – a ring. The campaign marked the first time Airbnb worked with Clemenger Melbourne. It sold over 50,000 rings and rallied support for some of Australia’s biggest brands, including Qantas, Google, ANZ Bank and eBay. The concept contributed to Clemenger’s winning spree at Cannes Lions, taking home two awards. Launched in April, the campaign became even more relevant later in the year following the same-sex marriage survey.

MLA – Celebrate Australia with a Lamb BBQ by The Monkeys

Every Australia Day, adland turns its attention towards Meat and Livestock Australia’s lamb ad and this year their work didn’t disappoint. The spot, by The Monkeys, opens on the Australian coastline as the nation’s first people search for the perfect location to fire up a barbie. It doesn’t take long for other revellers to join the hosts as Brits and migrants from Europe, Asia and elsewhere are drawn to our shores answering the question ‘aren;t we all boat people?’ Political gold.

This three-minute action movie epic, starring Con Air and Breaking Bad actor Danny Trejo, put simply, is every revhead’s idea of car porn. The Fast and Furious-style film, set on the mythical Octane Island, features powerful 1,200 horsepower cars done up to the hilt battling it out for high performance supremacy. The cars, sponsored by oil brands, are put through a set of extreme challenges in an abandoned powerhouse. The film is winning this year’s list in terms of high production level, this is Hollywood-level stuff filmed in the US, Australia and Japan with 12 cars, 40 sets of tyres and and plenty of attitude.

Cummins&Partners teamed up with the Movember Foundation to create a series of online videos to raise awareness of men’s mental health in the lead up to World Suicide Prevention Day in September. Disguised as ‘how-to’ videos – it tapped into the sound-on sound-off debate around mobile video. Each video demonstrated the importance of asking men how they are, not assuming everything is OK. The video subtitles ‘appear’ to mirror the men’s actions, but when the viewer is prompted to un-mute, they hear a completely different story that shows the hidden message.

To promote its app that connects ice-cream lovers via location, Maxibon created a hilarious spot recreating love scenes from iconic films with two blokes, including When Harry Met Sally, Titanic, Avatar, Dirty Dancing and the upside down kiss from Spiderman. The campaign targeted the core demographic of Aussie blokes aged 18-24 and aimed to get out the message that you don’t have to smash alone with the Tinder-style Maxibon app.

Hungry Jack’s took a new direction this year and we love it. Taking on the epic action movie genre and giving a middle finger to all the hipster foodie joints serving up de-constructed health conscious burgers and kale smoothies. And  This is a man on a mission for a mouthwatering Whopper. After answering a mysterious call on the Burger Phone, he escapes all the perils put in front of him and finds refuge in Hungry Jack’s. HJ knows what it is - and it’s keeping it real.

Aldi ‘Don’t waste your life in the supermarket’ by BMF

Aldi has made it a hat trick, with an ad featuring in the AdNews Top Tens three years in a row. This time, its sage advice ‘Don’t waste your life in the supermarket’ ad from BMF. Pasta sauce isn’t usually to subject of humour, but that’s the beauty of Aldi’s Good Different ad campaign. Its ability to take the mundane, pepper it with insight, stir in some great casting, whack a great big dollop of well executed humour on top, and serve up a beautiful ad. We’ve all been there. We love the recognisable bewilderment, over emphasised ageing process, the oddball adult son, and the old guy’s ‘yelp’ of fear. Another classic, and truly good different.

Cochlear ‘The Hearing Test in Disguise’ by CHE Proximity

Without a huge media budget, CHE Proximity searched for an idea that could demonstrate the hearing problem people may have, without knowing it, and help them realise that they need to seek treatment. “The Hearing Test in Disguise” is a short film with two different outcomes, depending on your hearing ability. The love story follows a couple’s relationship from courtship to marriage and through to middle age. However, as the years slip by, the film diverges. For those who hear well, the relationship remains resilient and fun. However, for the hard of hearing, a very different story unfolds.

Car ads are known for sticking to a certain formula, but this spot from Saatchi & Saatchi challenged the category stereotypes with one deadpan kid. The work from Toyota promoting its new-look Kluger opened like any typical car ad - attractive woman driving her very shiny car. As she applies lipstick, she attracts the attention of a silver-haired fox who is casually sipping his latte at a café. Just as the onlooker looks like he may approach the beautiful woman, her son winds down his window, giving the man the filthiest look ever. Impeccable casting, impeccable timing.

ANZ released a campaign specifically focusing on LGBTQI couples and their feeling of stigma around holding hands in public. Created by TBWA, it launched in time for Sydney’s Mardi Gras this year with #HoldTight aiming to promote ANZ’s support for equality. As well as the 90-second YouTube clip, ANZ began a Twitter hashtag #HoldTight which turned into an intertwined hands emoji. Just days after more than one million had viewed the clip via ANZ’s Facebook page and it had been shared 12,000 times.