The 2017 Annual is here: Reflections on Trust 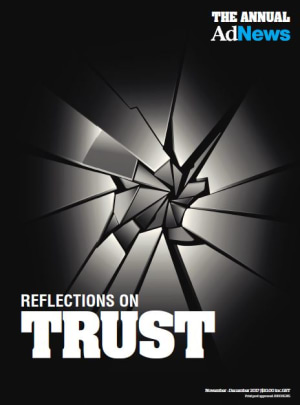 We are rolling fast towards the end of the year, so it’s time for The Annual 2017.

This year we have Perspectives - a series of essays and thought pieces from industry leaders from creative agencies, media owners, media agencies, the tech world and some of the most senior marketers in Australia. We asked them to tackle the topic of ‘Trust’ in light of the year we've just been through, and what’s in store for 2018.

Check out what these industry figures, who have all made waves this year, had to say: 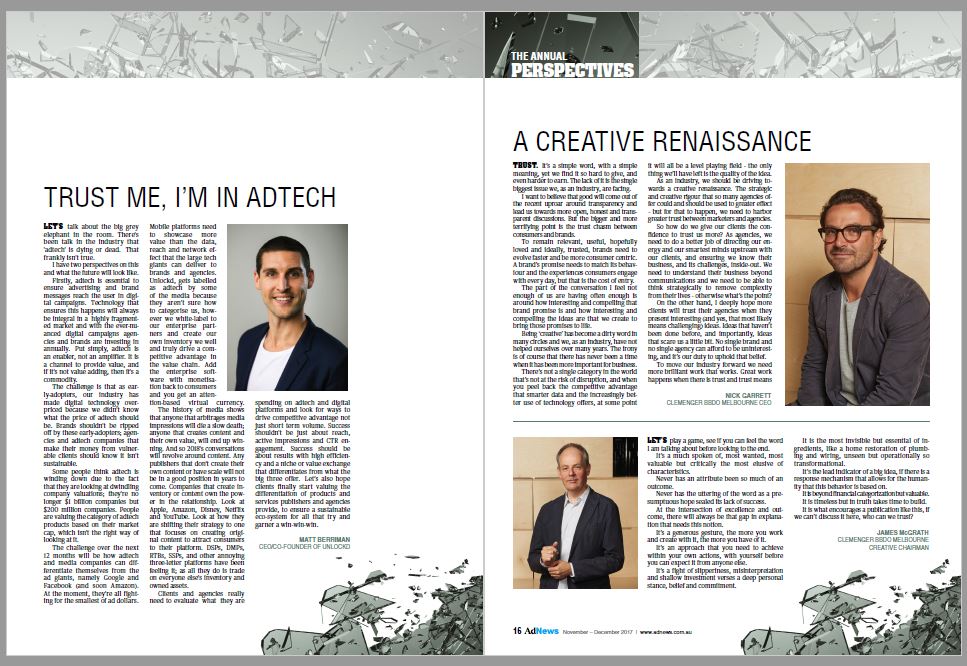 11 agencies took part in our annual Mock Briefs and tackled these three fictional briefs - You’ll ever look at an ibis in the same way again. Check out the great creativity on display from MPP, Clemenger Sydney, The Monkeys, AnalogFolk, The Core Agency, M&C Saatchi/The Greenhouse, VCCP, Atomic 212, KWP!, One Green Bean and MediaCom.

Brief 1: Save the Ibis
The Ibis achieved cult status this year with their own faux-Attenborough style documentary immortalising their city-dwelling habits. But the Ibis is a misunderstood creature. Maligned as bin chickens and dumpster divers - it’s time it got a fair go. Create a campaign to rebrand the Ibis as a native bird Australia can be proud of.

Brief 2: Postcards from Gilead
The Handmaid's Tale tells the story of the Republic of Gilead. The TV adaptation captured audiences' attention, but imagine a world where it’s a reality. Create a campaign for the Gilead Tourism Board.

Brief 3: Humanoid for sale
AI is taking over. For now, it’s Google Home and Amazon Alexa, but imagine a future where lifelike androids can do almost anything humans want. Create an ad for the first commercially available, [almost] sentient robot for the home - and what it can do. 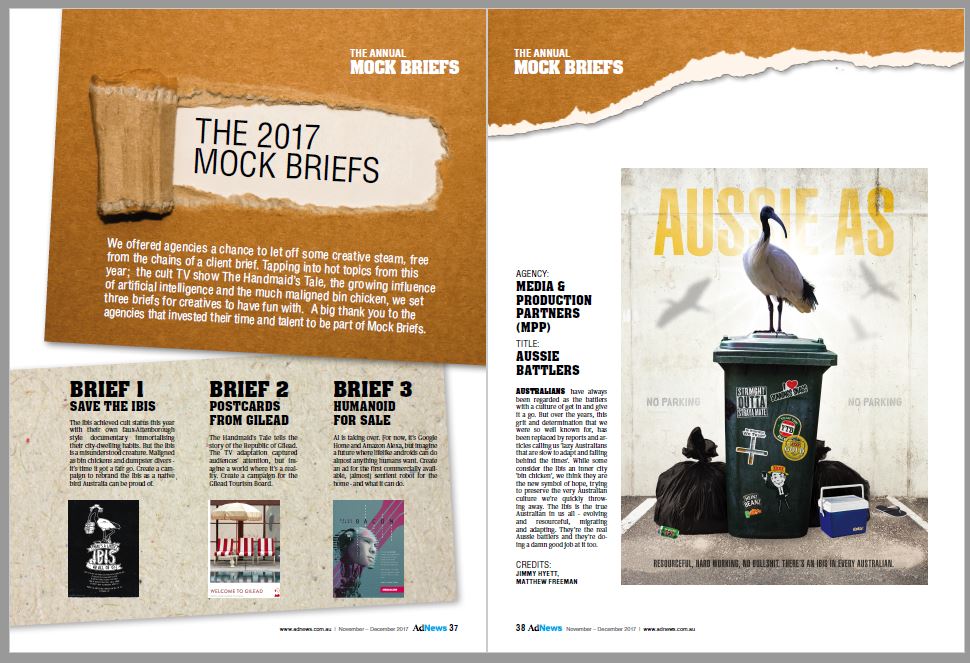 We also took a look beyond Clemenger’s Meet Graham work, which has dominated award shows to see what else the top global agency has put out into the world this year.

The AdNews Top Ten ads of the year are always divisive - do you agree with our selection? Let us know.

Hunt down your copy of the final print edition of 2017 now.

If you don’t already, subscribe and get the monthly print mag delivered to your desk for just $88 a year.

You can also download single issues of the print mag in digital format via Zinio for just $4.99 and then read it on desktop, mobile and tablet.

Don’t forget that the content from AdNews in print isn’t online so you’re missing out on the insights, thinking and ideas inside. Our daily newsletter hits off all the news cycle, but it’s not the whole package. Check out subscribing to the print mag here. And check out Zinio here.