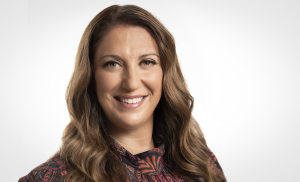 Ten is preparing for a new "aggressive" and "independent" sales approach as the network confirms the completion of its new sales leadership team with the appointment of Lisa Squillace as national sales director.

Squillace, who joins from Seven after being embroiled in a legal battle with her former employer, will be responsible for leading national sales activity, including overall sales responsibility over market regions. She will report to chief sales officer Rod Prosser.

"We can now start to be more strategic and aggressive in our approach to the market but it's also an important announcement from a clarity point of view," Prosser said.

"The state sales managers now know exactly who is leading them in the new year and that's a huge factor because it can be quite challenging building something new and not knowing exactly who you are reporting too."

Prosser said her role is vital to how Ten goes to market, adding that advertisers are not just buying into the network, but the people leading the sales strategy.

Due to her current non-compete contract with Seven, Squillace is unable to officially join the Ten's sales team until 11 February.

Despite the challenges, Ten remained "unphased" by the legal battle. Prosser said regardless of the outcome of the courtcase, the network had a plan in place to deal with her absence and were well aware of the contingencies that came with hiring her.

Squillace's departure from Seven sees her return to Ten, having previously worked at the network in 2000, selling advertising and sponsorship deals for top-rating shows, such as Australian Idol and Big Brother.

“I am so excited to be re-joining Network 10. Not only is this a once in a lifetime opportunity to build and relaunch a sales team, but to do this where I first started my career is very special," Squillace said.

"I’m really looking forward to working with Rod, the market sales directors and the rest of the team to deliver first-class results for our clients and the business.”

According to court documents, Squillace, who had been suing Seven over unfair dismissal, was also awarded close to $70,000 as part of her settlement.

While Squillace is the "last piece of the puzzle" for the new in-house Ten sales team, Prosser admitted there is more work to be done.

He said, like anything new, Ten won't get it 100% correct right off the bat, adding that there could be more "tinkering" with the team's structure throughout the year. This could include further expansion and the additional of roles.

"We got all the recruitment right, certainly at the senior level, but we know it would be silly to think that we got everyone in the right places they need to first go," Prosser said.

"Every business needs to keep checking to ensure people are in the right spots, but also that there is enough support in each team. For that reason we might put more people in certain states or bolster a certain team should they need it."

When it came to early revenue forecasts, Prosser said the network was prepared for what he said would be a "difficult month" in January following the split from MCN.

January was a challenge for Ten, Prosser admitted, but was confident in the revenue forecasts for February and March.

The team is taking its first 'Ten only' sales package to market this week ahead of the launch of I'm a Celebrity, Get Me Out of Here.

"When it comes to January, we were still in the hands of another business and we went into this month 'eyes wide open' knowing that it would be a difficult revenue period," Prosser said.

"For us now, Lisa's hire, the team in market, it all means that we can release the offerings we want to release and we aren't governed by how another business operates and that's an important step to saying to advertisers 'we're in charge'."