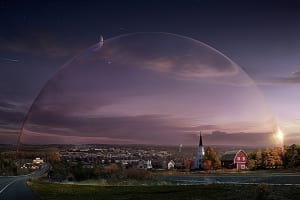 Network Ten’s in-house advertising team, Generate, is going international as it looks to commercialise its US content. Working with Fox in the States, the Generate team will soon be developing work for one of its Australian clients to integrate with one of the US shows it holds the local broadcast rights to.

Refusing to reveal too much at this early stage, Mel Fein, national head of Generate, told AdNews: “Because it’s with international content, it will be unique in the market. We do so much with MasterChef and The Bachelor, so we are quite excited to work with some partners overseas. We will be working with Fox TV, the work is being developed in the States for an Australian client.”

US series including Under The Dome, 24: Live Another Day, The Good Wife, Law & Order: SVU and NCIS: Los Angeles are currently showing on Ten, with Halle Berry’s sci-fi drama Extant premiering on Sunday, and The Killing, Burn Notice and documentary series 48 Hours are on One.

Fein said that getting Aussie brands more involved with some of its international content is a priority for Ten this year, because “one of our biggest barriers is that a lot of our shows have overseas licences”. Stronger digital integration of the commercial content made by Generate is also on the agenda.

“We have just brought in two digital strategists, which is changing the way we are responding to briefs,” said Fein. “It’s not just ‘how much can I get the product in the show?’, it’s about getting content that can link across all platforms. I want to keep expanding the digital integration side. “Our audience is younger and more savvy on catch-up and social than Seven’s and Nine’s. We are trying to work more closely with production partners and social media companies to better create partnerships in that field.”

To back that up, digital content is now increasingly being shot by production companies Shine and FremantleMedia, rather than in- house at Ten. “It’s about making the digital content as good as possible, and the clients being the enablers of that,” said Fein.

Addressing the long-running “power struggle” between the TV networks’ in-house teams and the creative agencies is another of Fein’s missions. Last year, Generate brought in former GPY&R executive creative director Michael Stanford to head up its creative team.

“Coming from the agency side, I saw it a lot there – there is always a power struggle,” said Fein, who joined Ten from Mindshare last October. “Now what we try to do is establish everyone’s roles and responsibilities from the outset.

“Ultimately, when you are producing a spot for something like The Bachelor, everyone needs to be involved. Agencies understand that we create a campaign that’s cost efficient, we can leverage our talent and make it an easier process for the client.”

Generate also makes stand-alone brand spots, but Fein said most of those are for clients who are looking for savings or who don’t have a major creative agency partner.

Fein took the top seat at Generate in April when Kylie Rogers departed. Generate is still less than a year old – it was formed last August when Ten’s old creative division, Connect, was revamped. One of the big changes through Generate was the end of selling content across all of Ten’s partners. “Connect was known for if you buy on Ten you have to do something with Eye Corp, as it was then, something on Nova and with News Corp,” said Fein. “It’s not about having to take a magazine page here and an out-of-home panel there anymore. We have seen the model shift from how Nine’s Powered is working. When they launched The Voice it became ‘what can we do to amplify the format?’, rather than create channel plans. Our focus is making sure we have creative at the heart of everything we do.”

And as much as they would hate to admit it, the Generate team has taken further inspiration from Powered, Nine’s creative services division. Fein added: “The first campaign I signed off at Mindshare was for Ford and The Voice. No-one knew how it was going to work but, from there, it almost shifted Nine as a network. It was interesting to see the power of the reality show and that there is a future still in this genre.”

This article first appeared in the 11 July 2014 edition of AdNews. To get the full magazine content including more news, analysis, profiles, Big Picture features and Special Reports, subscribe here or get it on iPad.