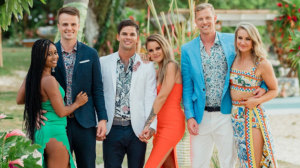 Ten’s Bachelor in Paradise wrapped up its latest season with under 500,000 metro viewers.

The finale for the dating show aired last night in two parts, with The Final Decision hitting 480,000 metro viewers and the Grand Finale reaching 414,000 metro viewers, according to OzTam numbers.