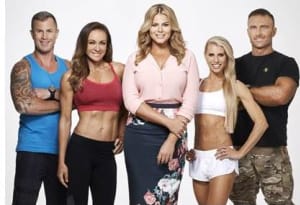 Network Ten has said it is “extremely disappointed” with a delay in last night's overnight OzTam ratings which is impacting audience results on its TBL Families finale.

The delays means that eager eyes across the advertising and TV industry will now have to wait an extra day to see how free to air (FTA) shows performed last night.

OzTam announced this morning that due to “telecommunications issues” overnight TV data, giving insight into how shows such as Aussie Barbecue Heroes and The Project performed across metro and national STV, will not be issued until tomorrow. In addition, consolidated data for 1 December will be delayed until then. OzTam confirmed the data will be released Thursday.

AdNews understands the issue was as a result of technical problems experienced by Nielsen affecting polling in Perth, and a lesser problem with Brisbane data, causing the delay.

A Ten spokesperson said: “We are extremely disappointed with the technical problems Nielsen experienced and have asked OzTam to fully investigate.”

This comes after Ten aired the finale episode of its latest series of The Biggest Loser franchise, TBL Families last night. Twenty-four year-old Daniel Jofre was crowned the winner of the show, after losing more than 50kg, or 40% of his body weight.