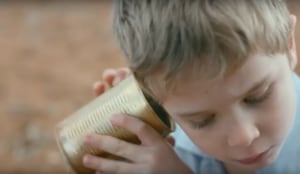 Near, a Singapore-based human mobility platform company analysing the physical movement of 15 million Australians each month, has raised $US100million ($AU143 million) to fund a new suite of products.

This latest funding for Near, whose investors include Telstra Ventures and Sequoia Capital, came from private equity firm Greater Pacific Capital.

Near's customers in Australia include News Corp, MCN and Telstra.

Ketan Patel, CEO, Greater Pacific Capital, says Near provides insights into human behaviour by analysing where people are, and combining that with a multitude of data points to predict and influence behaviour.

"Given it does this across the globe in a privacy protected manner, it is well-positioned to create an exciting new space that delivers value to both people, and those that wish to build relationships with them," he says.

The adtech has the largest data set of people’s behaviour in the real-world, with more than 1.6 billion users worldwide.

The technology allows brands, enterprises and publishers to use unique real-world signals such as location and transaction for data enrichment and marketing, in a privacy-led environment.

"We are humbled that we were able to close one of the largest rounds in our industry. It is a testament to our offering backed by unique data-sets and powerful science,” says Anil Mathews, founder and CEO, Near.

“With the new funds, we will be investing heavily in data and engineering to launch a suite of new products, that’ll help strengthen our position in existing markets such as Australia and the US, and open up key strategic markets."

“We are the only company aggregating this quality and scale of data at a global level, and are the number one source of intelligence on human mobility in Asia-Pacific," says Mathews.

"No other player has invested as much into the Australian market as we have over the past five years, so we have a lot of legacy data here, making our data science models work more effectively. Australia is one of our core markets and we’ll be investing heavily in expanding our partnerships here."

Telstra Ventures, which first invested in Near in 2014, believes that starting early in the Australian market has given Near a competitive edge.

Gurpreet Ghuliani, head of strategic synergy at Telstra Ventures, says Near is one of the market leaders in the Australian market when it comes to understanding real-world consumer behaviours in real-time.

"Global customers including some of Telstra clients have been able to drive business value from the actionable, and easy to access intelligence provided by the Near Platform,” he says.

Founded in 2012, Near is headquartered in Singapore with offices in San Francisco, New York, London, Bangalore, Tokyo and Sydney.