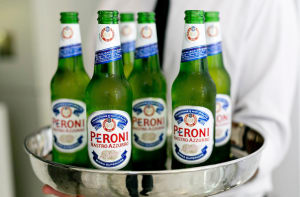 TBWA Melbourne has won the creative account for Peroni as its parent company Asahi Premium Beverages pitches the creative of its other brands.

AdNews understands the Japanese brewer is moving away from incumbent Cummins&Partners Melbourne in favour of a rostered approach. Asahi is still seeking a new agency for its lead brand work.

Asahi Premium Beverages is home to a stable of brands, including Vodka Cruiser, Somersby, Schweppes, Woodstock and Asahi Super Dry.

Peroni is a recent addition to the beverage giant and was bought from AB InBev in 2016 for £2 billion. The sale was a condition to ensure the AB InBev and SABMiller merger could pass competition watchdogs who were concerned about beer market concentration.

Cummins&Partners has been working with the brand since 2012, launching the 'Silver Sessions' event and producing award-winning social work for Vodka Cruiser.

The Asahi creative will be a sought after account. Newly launched agencies Thinkerbell, The Monkeys and With Collective are all without an alcohol brand in Melbourne.

It is likely Thinkerbell, founded by ex-Cummins trio Adam Ferrier, Ben Couzens and Jim Ingram, will have a non-compete clause in their contract that prevents them from going after Asahi.

The Monkeys could be a frontrunner with former MLA marketer Michael Edmonds at the helm of Asahi and the ex-Clemenger trio (Monkeys founders) having expertise in beer, previously working on CUB.