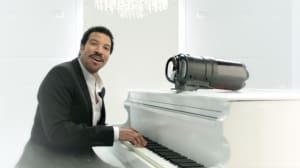 Lion has called time on Tap King as sales dry up. Two years after launching its at-home beer keg innovation, Lion is axing the product.

It launched in 2013, and at the time Lion said it was an attempt to tap into the trend towards drinking at home and ploughed millions into R&D and marketing.

Tap King initially launched with XXXX, Hahn, James Squire, Tooheys and James Boag and a bold $5 million ad campaign by BMF featuring Lionel Ritchie living inside a fridge and crooning 'Hello, is it me your looking for?' every time the door opened.

Two years down the line, it has announced sales have not met expectations and so the Tap King has been dethroned.

In a branded email sent out to customers today and on a Facebook announcement, the brand says: “Noble Kings, it is with a heavy heart that the Royal Council announces the end of the Tap Kingdom. The pleasure of draught beer in the comfort of your own castle was enjoyed by many, but unfortunately the time has come to discontinue Tap King and bid thee farewell.

"However, ultimately sales have not met expectations and the Royal Council has had to make the most difficult of decisions and stop supplying stockists. We recognise this will disappoint many of you which we greatly regret, but we hope you will always remember your time as a king or queen most fondly."

As late as mid-December, Lion was still actively marketing Tap King, with an initiative in association with its James Squires 'craft' brand. It offered a promotion of a tap badge featuring its James Squires The Swindler brew with purchases. In September is also offered a promotion allowing Tap King customers to try a new craft brew before anyone else.

At the time, then top marketer at Lion, Matt Tapper said: “Lion is pursuing a direction to refresh the beer category, expose and celebrate the richness of the industry, and lead it in exciting new territories. To achieve this we need to deliver new innovations tailored to both consumers and the industry and Tap King is just the first of these.”

The beer category is still struggling with consumption sales currently sitting at a 50-year low, according to the Australian Bureau of Statics figures, while wine consumption is increasing. The industry is looking for ways to innovate to grow sales and exploiting things such as new brews, the so-called craft movement, exploiting the growth in cider as well as premiumisation in beer.