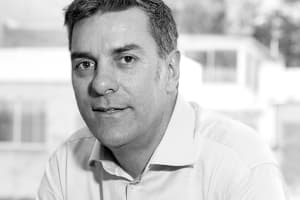 Adland stood up and took notice when research house Gartner said the chief marketing officer (CMO) will outspend the chief technology officer (CTO) in tech by 2017. With marketing and tech being pushed together, the traditional agency relationship is being irrevocably shaken up too.

But it is at the juncture of these two roles – the CMO and the CTO – that Ogilvy is looking to mine a golden opportunity. It recently announced the launch of its new innovation arm, OgilvyVentures, which the unit head Anthony Johnston says is the next step in Ogilvy's arsenal; addressing the things that keep marketers “awake at night”.

While tight-lipped, Johnston said OgilvyVentures has a number of projects on the cards including a startup which will be launched in a couple of months, as well as several projects coming out in the next couple of weeks, hitting the banking, insurance and energy sectors.

“There are a lot of really good ideas that never leave the pitch because the CMO has trouble executing it internally, because the CTO doesn’t come along on that ride,” Johnston tells AdNews.

“It is in that middle space where there's real opportunities for agencies to elevate the conversations with the CMO, by focusing on the things that they worry about; indicators that fall outside of the traditional discussions we have around campaign or brand health.

“Going in with an offering that is partially developed and has already considered the internal technical platforms and operations that would need to be a part of it, is a big opportunity.”

With all sectors undergoing various forms of disruption, Johnston said that now more than ever clients are eyeing their partners to help them navigate the unknown.

For this reason, OgilvyVentures generally touches two points on the landscape: building diversified products for clients, as well as co-investing with partners from startups to enterprise grade joint ventures.

“The CMO at the moment has to put together a technology business, a marketing business, a brand business, all of their internal operations and then come up with whatever the solution is,” Johnston says.

“A consortium that takes that thinking to them and makes it easier for them to implement is a real trend, especially when it is overlayed with a shared risk strategy.”

Johnston said the latter point is an important distinction and that Ogilvy isn’t acting as an accelerator program and just investing cash, in the startups or ventures it selects.

Instead, he said Ogilvy is “putting its money where its mouth is,” with a shared risk strategy, which will see it co-develop product and retain IP.

On its launch announcement OgilvyVentures noted its first example of an enterprise agreement, a joint venture with global information technology, consulting and business process services firm Wipro, which will allow it to leverage Wipro's expertise in data and analytics.

The unit doesn’t have any full-time employees bar Johnston, but Johnston said that’s the point. Ogilvy already has the capacity to create innovation within its walls. Johnston has access to any of the skillsets within the company when needed and said that with the various projects already underway he has used senior people from branding, data,
customer journey, UX, creative and social media.

“Why it kind of makes sense for us to do this is that agencies have spoken to clients about taking risk and being diverse and being wary of disruption, and I’m not sure if we’ve been very good at taking that advice ourselves,” he says.

Johnston is also quick to point out that the investment Ogilvy is putting into its venture arm sets it apart from the increasing number of agency networks launching innovation labs.

He says that OgilvyVentures has been in an almost “stealth-mode” for months until he had accumulated “real weight” – deals and investment opportunities – to ensure it had substance before it went to market.

“I think the industry has been guilty and still is today, about reasonably wafer thin innovation attempts,” Johnston says.

“A lot of the innovation labs look for something that is clever, but it doesn’t have the shelf life outside of generating revenue once. They tend to be very campaign driven.

“This isn’t about gadgetry, this is about venture-based scale global opportunities.”

He said that most of the work it has comes from existing and prospective clients, but all from activity that OgilvyVentures has run to find out where globalisation is affecting local businesses. It is this that Johnston says gives OgilvyVentures the opportunity to disrupt the agency model and push agencies further up the chain.

“We sit in rooms with clients and they tell us their pain and traditionally, an agency would wait until there is a brief and respond – you end up in a certain point of that chain,” Johnston says.

“But we want to elevate and be in the discussions to offer solutions.”

This article first appeared in the latest issue of AdNews magazine (26 June) – to read more, subscribe now in both print and on iPad here.