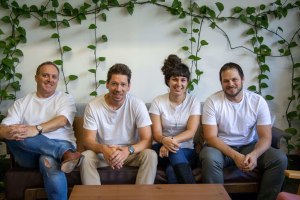 Sydney-based video startup Vloggi has added a second portion of $500,000 to its pre-seed capital raise, valuing the company at $3.3 million.

The raise, which was completed following suspension due to COVID-19, brings a total amount of $750,000 invested in the company by the founders and early-stage backers.

It paves the way for a seed capital raise expected to be in the range of $1.5 to $2 million scheduled for July this year.

Ten of 15 founding investors have increased their positions in the company, including Vloggi CEO and founder Justin Wastnage, as well as Australian tech investor, Brendan Leonard, co-founder of Australian analytics pioneers Capiotech.

In February, the company brought on video producer Tarryn Myburgh as one of its most significant new individual investors to date and newest board member, while also appointing her head of video.

Vloggi also appointed David Taylor-Smith to the role of growth marketing manager, in which he has presided over an almost 50% increase in web traffic for the platform.

“Today’s announcement marks a significant milestone for Vloggi as we continue to garner mindshare and respect as the leading platform enabling production of authentic, professional looking crowd-sourced video,” Wastnage says.

Vloggi was chosen by NESA to support last year’s High School Certificate awards, allowing students topping the state across more than 100 subjects to video and submit their acceptance speeches to share with their peers and communities, despite the restrictions imposed by COVID-19 lockdowns.

“And Vloggi is now the best-placed platform in this space to capitalise on surging interest amongst all businesses and industries looking for ways to solve the problem of how to generate quality video content at scale and for minimal cost.”

Ahead to its seed capital raise in July, the company says it is fielding enquiries from a number of interested venture capital firms, family offices and fund managers.