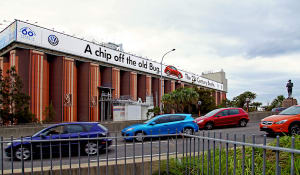 A review into signage development standards being carried out by the City of Sydney has the potential to bring the city “in line with the world’s leading cities,” but the industry fears it may bring excess red tape.

The Draft Sydney Development Control Plan (DCP) – Signs and Advertisements 2015 outlines proposed changes to current planning controls, which were set out in the DCP of 2012.

The proposals, which have been in market for a month and are awaiting industry responses, cover a number of issues, but have a focus on new signage formats. One of the key proposed changes is new development standards for large format electronic signs.

MD of OOH specialist agency Posterscope, Joe Copley, said the digital roadside, or large format, industry in Sydney has been “held back”, partially due to regulation around it compared to other capital cities, because there is no mention of digital in the current DCP.

“The demand and the appetite for digital billboards from the media side and from advertisers has grown exponentially in the last two years and the reason for that is that we now have more data, we understand how to use it better to be more relevant and because the cost of the technology is coming down.”

Under the proposed changes, the replacement, conversion or upgrade of existing advertising structures would be permitted, where it can be demonstrated that it will satisfy several conditions. These include the structure not having negative visual, light or traffic safety impact, satisfying operation management requirements, achieving a high level of environmental performance and showing that it “has a public benefit”, which includes allocating free advertising time to the City to display community messages.

APN Outdoor CEO Richard Herring said the proposed DCP is a positive step which will “bring the City of Sydney in line with Australia’s and the world’s leading cities”.

He warns, however, that the regulation needs to “strike the right balance”, adding that certain proposals might be at odds with other legislation.

“The overall intent of the DCP may be positive, but negatives will arise if it creates further or duplicated regulatory hurdles which are unnecessary or overly complex. The primary challenge is to achieve homogenised regulatory controls, at both state and local government level.”

The open submission period for the proposal has been extended until 30 April after a number of stakeholders individually requested extensions. The Outdoor Media Association (OMA) is consolidating an industry-wide assessment.