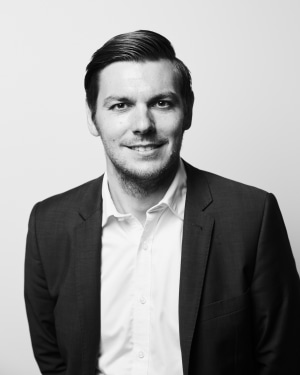 WPP AUNZ has completed the merger between Sydney-based digital marketing and media consultancy Switched On, and global innovation and experience design agency AKQA.

Following a year of collaboration after first joining forces in July 2019, the Switched On name will longer be used as part of the final step in the merger process.

As planned and announced last year, its capabilities and employees will now operate under the AKQA brand.

"It’s a combination that’s clearly been welcomed by the market, and resonated with clients, with demand for our joint capabilities continuing to grow at a rapid rate,” Hitchcock says.

“Based on that success, the time is now right to put the finishing touches on this move and formally retire the Switched On brand after 13 successful years.

"We’re incredibly proud of our history, our work, our staff, our clients and partners under that banner. Our partnership with AKQA has been hugely successful, and driven by a shared set of values, beliefs and vision for the future, now is the time to take the final step and share its name. ”

Since the merger was first announced, a new media capability in New Zealand has been launched, media services in Melbourne have been bolstered, while several other senior appointments were made earlier in the year to cater for continued expansion.

Among them is Sive Buckley, who joined as Melbourne client partner.

Kat Stephenson was also brought in earlier this year to head up the NZ Media operation as media and tech director to drive growth in the NZ market, while Aryeh Sternberg joined the Sydney team as Australian director of media and technology.

“We know that as the worlds of marketing, technology and CX rapidly converge, as do physical and digital worlds, the need to deliver holistic brand experiences has never been greater," AKQA managing partner Brian Vella says.

“The past 12 months has clearly demonstrated the combined strengths of the Switched On and AKQA teams, and the value that comes with designing and connecting more touch points along the customer journey. Our joint success and double-digit growth to date has been outstanding. I’m thankful for everyone’s attitudes and abilities to bring this together so positively.”

Hitchcock says there were no other alterations or restructures to the business other than the change in branding, with all Switched On employees retaining their current titles and remits, under the AKQA name.

Monsees says the capability now offered by AKQA was the perfect example of how the company is simplifying its structure while “putting clients at the centre of everything we do”.

“In line with our new strategy, the combined capabilities of these teams truly provide the ability to craft experiences that are transformative, distinctive, and tuned to ROI," Monsees says.

"They also represent WPP AUNZ’s focus on providing expertise across the key areas of commerce, experience and technology, backed by the best of data, creativity and innovation. We’re excited to see the final stage of this merger come to fruition and look forward to AKQA’s continued success.”