Struggle Street has concluded with a slight dip on last week's numbers, but was still higher than both Reno Rumble and House Rules, while MasterChef continued to dominate.

Last week the controversial series brought in 935,000 onlookers on the back of a whirlwind of publicity, both positive and negative, for the show.

SBS said in a statement that both episodes had a combined reach of of 3.275 million people.

It was also a top trending show last week, with only the Logie Awards trending at a higher pace, according to official numbers from Nielsen. 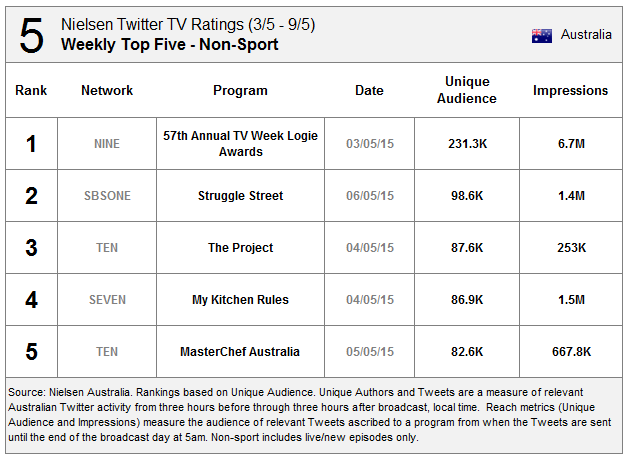 MasterChef continued its dominance of the TV schedule for Ten, bringing in 1.03 million people to be the highest rating non-news program of the night.

Seven Network took the chocolates with a 27.3 point share just ahead of Nine's 24.5%.

Ten came in just behind on 23.7% on the back of its ongoing MasterChef strength, while the ABC Network posted 14.5 points  against SBS' 12.2%.

You can look at the numbers yourself below.