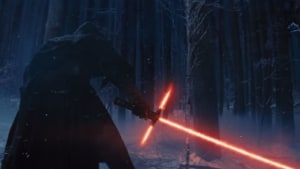 The entry of Disney+ to Australia will accelerate the trend to multiple subscriptions to streaming media services and put further pressure on traditional media, analysts say.

The move is representative of a trend by content owners to set up their own streaming service and build a direct relationships with subscribers.

Walt Disney owns a lot of popular content, including Star Wars, Pixar and the Marvel franchise. And the recent purchase of Fox from News Corp has added a deep vault of entertainment.

Disney also has plans to create original series, including new work in the Star Wars and Marvel universe.

This puts more pressure on other platforms, such as Netflix, Stan and Amazon, to create new content.

However, Australia is a relatively small market, making it difficult for domestic operators, such as Stan, to match the economies of scale of the major US and global media companies such as Netflix, Amazon and now Disney+.

"Australia doesn’t produce a lot of its own TV content," write analysts at Morgan Stanley in a note to clients.

"Original scripted content has proven a key driver of streaming subscriber growth. The majority of Australian content is in English … so US and UK content works effectively here.

"Global streaming players wanting to enter the Australian market can do so for very low incremental cost versus local Australian players. Thus, it's a challenge for local streaming businesses to launch and compete with the big global players."

The Disney+ service will be priced at $8.99 a month, below the base price for tNetflix and for Australian player Stan, owned by major media company Nine.

"As a result, some large production companies that hold the licenses for popular television shows are looking to establish their own streaming services," he says.

One example is production company Warner Media, which has removed its popular sitcom Friends from Netflix with the aim of providing it exclusively on the company’s streaming service HBO Max.

“As more companies seek to operate their own streaming services, the libraries of larger providers such as Netflix are expected to become increasingly compromised," says Harrison.

"This may make them more reliant on content produced in house. Consumers will no longer be able to subscribe to a single platform to access most of the programs they want to watch, and many will likely have to consider multiple subscriptions in the near future."

Foxtel, whose pay TV model is under assault from streaming media, has responded by introducing its own products, including streaming sports servcie Kayo.

While this has won many new susbcribers, revenue has been dropping.  Owner News Corp says Foxtel had 3.144 million subscribers at the end of June, up 12% on last year, primarily due to the launch of Kayo and growth at Foxtel Now.

Foxtel's strategy now is to be an access point for streaming services, starting with market leader Netflix.

“Foxtel has stated an aim to position their pay-TV service as a premium content aggregator, whereby viewers use their products and interfaces to access vast libraries of content from multiple providers," says Harrison.

"This strategy aims to make the company’s pay-TV product more convenient to use, and act as a first point of call for viewing."

Analysts at Morgan Stanley estimate around 40% of Australian households have Netflix or some streaming TV product. In five years, this is expected to rise to 70%, with the trend accelerating with the arrival of Disney+.

"Australians have historically been early adopters of new technologies, and so it has proven with the launch of streaming TV, such as Netflix," say the Morgan Stanley analysts.

"The rate of change has been impressive and continues to accelerate. We estimate Netflix has reached 4 million households in Australia in just four years. By comparison, it took the cable/satellite pay TV business Foxtel 20 years to reach 2.5 million subscribers."

And Foxtel's cable/ satellite subscriber base has recently stalled at 30% penetration and has started to go backwards, according to Morgan Stanley estimates.

This rise in streaming media is also impacting other taditional media.

"That is not to say each of these companies will cease to exist. More accurately, their traditional businesses will, in all likelihood, be much smaller and much less profitable.

"And their ability to continue into the future is dependent on whether they are capable of adapting to a new environment and/or re-invention."