Stepping out of the shadows: the story behind PHD's remarkable rise 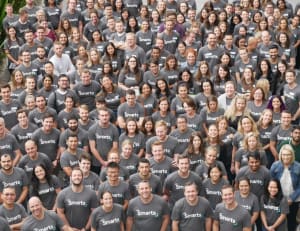 PHD is one of Australia's fastest growing media agencies. In the past two years it has picked up some of the world's largest advertisers as new clients and has skyrocketed five places up RECMA media agency rankings with about $200 million in client media spend over the past two years.

But for much of the past 10 years the agency has slowly been building in the shadow of sister agency OMD, a consistent market leader that has some of the country's largest brands on its books.

Only five years ago PHD was struggling to attract top talent and the sort of clients that matched its global strategic ambition.

History-wise, in 2007 Omnicom Media Group acquired Total Advertising & Communications, then led by then CEO Barry O'Brien, with the intention of rebranding it to PHD Australia.

A year later, one of the industry's worst kept secrets was made official, but changing the name of the agency was only the first step of a gradual transformation project that would take the better part of a decade to bear fruit.

PHD Australia CEO Mark Coad, who has been at PHD for much of the journey, says it has been a hard slog transforming a 'relationship-led, transactionally focused' local media agency into the PHD mould.

“At the time PHD was one of the leading strategic global media agencies – it couldn't have been more different to the agency we bought,” Coad recalls.

“The client base and staff weren't reflective of what PHD stands for and it was a hard slog. I remember when I first got there five years ago trying to attract people to PHD was such a different proposition. We'd try to explain the clients we were targeting and they'd say, 'good luck with that'.

“It was just an incredibly hard sell and more people chose not to, than did. To be perfectly honest, back then we weren't the most compelling proposition.

“You look at it now and we're working with clients like VW, Unilever, PepsiCo, ANZ Bank, Google, Bayer, GSK and it's just been a massive transformation.”

In the past year alone, PHD has grown its workforce by more than a third (36%) to 287 staff and moved into new offices in Melbourne and Sydney.

Recent growth has included onboarding teams for some of the world's largest advertisers – Unilever, GlaxoSmithKline, Unilever and VW Group – which can be tricky to manage in such a short space of time.

Client wins have added about $200 million in client media spend over the past two years, lifting PHD from 13th in RECMA media agency rankings to among Australia's top eight, with $730 million in total client ad spend.

Although PHD's recent rise has been rapid, Coad is adament the agency is focused on long-term sustainable growth.

“I'd rather take time and build a sustainable, enduring, successful business than lurching from year to year chasing rock star status one year and flaming up the next,” he says.

“It's about putting the right processes in place, attracting the right people, having a lot of rigour around transition and cooling our jets for a period of time while we digest it.

“I genuinely believe as an industry we need to think more about the long-term health of our businesses rather chasing short-term incentives and rock star status.”

Coad says a big part of the transformation can be credited to the agency building out its HR function under the leadership of Erin Jakubans and Manon Pietra more recently.

There's also a wellness program that allows staff to engage in courses such as nutrition, meditation and mindful eating.

“Every staff member has their own career development plan and they're reviewed regularly. We do a lot of work on personal fulfilment and development beyond normal work skills and are active in work for charity,” Coad adds.

“What we are trying to do is attract a disproportionately high level of top talent. If you achieve that, you'll be successful.”

In an industry where the churn rate hovers around 30% each year, attracting the right talent is not only paramount but increasingly difficult.

At PHD, more than 90% of staff would recommend the business to friends and family, Coad claims, and the undesirable churn rate is "one of the lowest in the industry".

“Another key indicator for me is the length of time positions are vacant. We're now talking in terms of days and weeks to fill roles whereas I know there are others in the game that are looking at weeks and months,” he adds.

“We now feel like a grown up, significant player in the market with a client base we are proud of and a skill-set we couldn't possibly have attracted previously," Coad says.