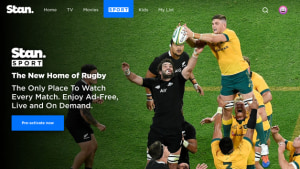 The 2022 Japanese Rugby League One season will air on the streaming platform when it kicks off on January 7.

As part of the deal, two matches of each round will be shown live and ad-free on Stan Sport.

“Featuring some of the biggest names in world Rugby, this new comp will continue to demonstrate how the game in Japan is going from strength to strength,” says Stan director of sport Ben Kimber.

“And for Stan Sport Rugby viewers, these matches complement an already massive lineup of top quality Rugby year round on Stan Sport.”

Stan Sport has been increasing its sports coverage since launching in November last year.