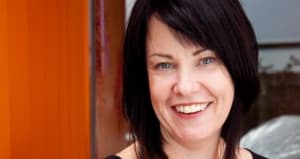 As the MD of Australia and New Zealand Huxley will be partnering with all functional leads in the region to develop and execute a strategic plan for the market.

Spotify chief content officer Stefan Blom says: “For more than 25 years Jane has built a career based on innovation, media, technology and disruption, and is a respected and awarded business leader."

“Jane is an impressive addition to Spotify and we have every confidence in her ability to lead our very successful Australian & New Zealand business through the next phase of growth,” Blom adds.

Huxley left Pandora six months ago, ahead of the streaming service closing its Australian business in June this year.

The top spot at Spotify has been open since May when former MD Kate Vale exited the position.

Vale had earlier relocated to the US but continued running the Australian business.

Globally Spotify tipped 60 million subscribers late in July. In Australia it has around 5 million visits to its site.

AdNews broke the news that Pandora was shuttering its local operations in June at the same time founder Tim Westergreen exited the business.