Sports rights: Lay your money on the table 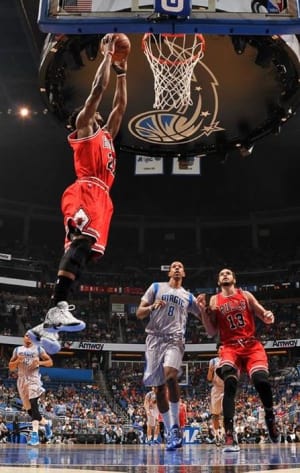 Three weeks ago, thanks to the careful acquisition of sports rights and a fortuitous clash in game times, Nine Network basked in the glory of a midweek 46.7% audience share, blitzing its closest rivals Seven and Ten. The simultaneous broadcast of the State of Origin decider on Nine and the opening game of the Ashes on GEM allowed the network to record what could be the biggest programming night of the year.

According to OzTAM, the final State of Origin game brought in 2.2 million viewers for Nine, and the cricket an impressive 678,000 viewers. The numbers reveal some of the highest TV ratings attached to sport that the networks will enjoy this year, although it could be argued that 2.2 million viewers out of a population of 23 million does seem, dare we say it, underwhelming. But as the advertising and media industries are all too aware, these days 2.2 million viewers is considered significant. What is more significant, however, is the halo effect enjoyed by the brands and advertisers who pay to be associated with the popular codes.

This explains why there is so much riding on the upcoming renegotiations of AFL and NRL rights.

State of Origin proved to be a massive draw for the brands associated: Suncorp, Telstra, ANZ, AAMI and Holden saw engagement and recognition fly off the charts, according to Amobee’s Brand Intelligence hub. Managing director of the digital marketing company, Liam Walsh, explains why advertising and sponsorship around sports events continues to be such a huge draw, particularly as digital continues to grow.

“Brands need to be able to understand the real-time opportunities in order to effectively engage with consumers during big events like the State of Origin,” he says. “Once they are able to identify content, sentiment and trends that their target audience are most interested in around a particular event, they can then leverage these insights in real time to activate media and subsequently deliver powerful results.”

The Ashes was also backed by some big names. While Mercedes-Benz scored the title of main sponsor, Ford, BP, Vodafone, CompareTheMarket, Honda and Bet365 all gained exposure from TVCs during the first game in frequent ad breaks.

The biggest talk right now, though, is the renegotiations of broadcast rights for Australia’s biggest codes, AFL and NRL. With bidding well under way, deals will definitely be secured by Christmas. Consequently, getting key figures from TV networks, ad agencies and brands to speak up about the sports rights landscape is like drawing blood out of stone. Everything has gone eerily quiet, as if the entire business has been forced to sign an NDA.

In response to Nine’s recent sporting glory, the network’s commercial director and group general counsel Amanda Laing offered up only anodyne comments, revealing nothing about how crucial this round of negotiations is: “In 2015, Nine has delivered the top four programs of the year, all of which are sport,” she said.

“Live sport is clearly an important part of Nine’s schedule,” she went on to say, “and continues to be appointment viewing, delivering audiences of significant size and scale.”

Interestingly, it is understood that NRL has two years to go on its current deals with Nine and Fox Sports, but because Aussie Rules is up for grabs now, it makes sense for the code to try and get first dibs on the lucrative market. Five year deals for both sports are thought to be in the market for upwards of $1.4 billion – a hefty figure demonstrating just how much is at stake. But what makes it more complex than it has been in recent years is the scope beyond on-air broadcast to digital, and mobile platforms.

According to NRL figures, the sport provides six of the top seven and 78 of the top 100 programs on Australian subscription television. As with AFL, Telstra looks after all the online activity – for $2.99 a week, Telstra users can watch seven live games per week.

AFL’s rights are currently shared between Seven and Foxtel, and made available digitally via Telstra (by signing up to the AFL Live Pass, offered free as part of Telstra’s Go Mobile and Go Business plans), as well as Xbox 360/One on IPTV via Telstra. AFL has retained mobile rights too – for $5 a week, you can watch all games on up to five mobile and tablet devices. Toyota is the naming sponsor. Ratings are reliable for both codes. According to noted industry blog Footy Insider, the most recent batch of weekly AFL games drew in 2.3 million

Viewers for Seven and 1.74 million for Foxtel, while NRL in the week ending June 29 pulled in 1.83 million for Nine and 814,000 for Foxtel. According to Free TV, 11.7 million Australians watch some form of sport on free-to-air (FTA) TV every week.

It’s the 11.7 million figure that gets the FTA networks excited, plus the halo effect of being associated with big sporting names. But there are warnings to heed. IPG Mediabrands’ CEO Henry Tajer forthrightly stated at the AdNews Media Summit that “[Sports rights] are going to blow the market up because costs are going to get too high.” Citi analyst Justin Diddams has also cautioned over the dangerously inflated state of sports rights.

This time around, there are more players mooted as front-runners for the rights. Putting those who have thrown their hats into the digital ring aside for now, the combined Foxtel- Ten-Multi Channel Network behemoth – a deal that was struck just in time to coincide with the sports rights negotiations – is clearly a formidable challenger, although a Ten spokesperson was strangely keen to downplay it, telling AdNews that “all commercial relationships between Foxtel and Ten will continue to be at arm’s length”.

“We are interested in adding more premium sport, but we will not bid for sport at any price. Sport rights must make strategic and financial sense,” adds the spokesperson.

Bidding on the codes makes complete sense for Foxtel, given it already banks on them, with sources claiming 80% of Foxtel’s packages are sold on the back of sport. “Without those rights, it couldn’t operate,” says one insider.

Where this year’s deals will get interesting is around digital. Netflix, Google, Optus, Fetch and Telstra are all rumoured to be in the room with the big codes, thrashing out what kind of digital rights could be purchased and, supposedly, if any new offerings could be made available for sports fans. And, with the fully-fledged arrival of Stan, Presto and Netflix, there are a number of mobile, According to IBISWorld last July, the entire Australian sports industry was on course to generate $27 billion in revenues throughout 2014.

The shifting preferences for different sports can be seen by the amount they claim of the overall $27 billion pie. AFL still reigns supreme at about $600 million, followed by NRL at $350 million; Cricket Australia at $260 million; Tennis Australia, $220 million; the MCG at $150 million; Australian Grand Prix $120 million; and Australian Rugby Union at $110 million. Football Federation Australia also generates $110 million. Media and corporate sponsorship apparently only accounts for 6% and 1% respectively; seemingly small fry when compared to sports clubs, which account for a 21.6% share of the IBISWorld total.

However, the infrastructure providing the backbone of Aussie sports still attracts significant cash, aside from TV rights and club/corporate sponsorship. The NSW government, for example, has committed to spending $123.35 million this year to secure more major events in the state and boost visitor expenditure by an estimated $481 million. This additional $123.35 million would represent a 25% budget boost for Destination NSW and bring the state’s total tourism and major
events spend to over $643 million. ANZ Stadium CEO Daryl Kerry says the government should be congratulated on its commitment.

“Sydney is a major events city and it is fortunate to have an Olympic stadium that – with the support of the NSW Government in attracting major events – generates millions of dollars each year for NSW, attracting many thousands of people to the city,” he says.

At the centre of a bidding war

Punters attending sporting events are now inundated with experiences, from buying a ticket at the gate through to a 32-seat suite in the Eastern Stand of Domain Stadium, available to Fremantle Dockers diehards for $143,000.
Who is generating the big sports bucks?
IPTV and catch-up iterations that could be at the centre of a bidding war, forever altering the sports broadcast landscape.
Opinions on who is bidding in this space and the actual benefits of winning any deals are split.

Ten boss Hamish McLennan told Fairfax Media that he was worried about Google’s rumoured play: “They have got virtually unlimited resources and they can afford to lose money to achieve a commercial outcome over time. It’s reasonable to think Google, now or in three years’ time, is a real live competitor for sports.”

But news that the likes of Google and Netflix are throwing their hats into the ring doesn’t concern everyone. Various sources, operating in the vacuum of silence, have said that names of tech giants are being bandied about for no other reason than “the superficial inflation of cost”.

It would hardly be a surprise. Telstra group managing director media and marketing, Joe Pollard, has gone on record saying that while sport is a big driver for the telco, there is a limit as to what the business will pay for rights.

“There needs to be a mutually beneficial relationship between the rights holder and the rights exploiter,” she revealed, pragmatically. Actions, though, speak louder than words.

Seven’s recent demonstration of its commitment to digital, and its trial, offering viewers access to 40 days of free live sport on all devices, starting in June – could be construed as posturing in the face of NRL/AFL honchos. Clive Dickens, Seven West Media’s chief digital officer, says, with a certain amount of swagger: “It is television in your pocket. It is where we are heading as a content company, as mobile extends the reach of television outside the home or primary device and it’s happening now.”

It follows Seven’s efforts around the Australian Open, where more than 1.2 million tennis fans streamed the event on digital platforms, with one third of the tournament’s audience accessing tennis content on digital platforms every day. There were over 4.4 million streams, 80% of which were streamed live, and over 23 million page views during the Australian Open Series, with a social reach of more than two million Australians.

It would be unfair to say, though, that all hopes are pinned on AFL and NRL. Cricket’s KFC Big Bash is interesting – this will be the third year that Ten has shown the matches, after winning it virtually without contest. One TV insider revealed, “Neither Nine nor Seven wanted the rights to Big Bash, as no-one expected it to run as well as it has.” Nine, however, later picked up the digital rights after seeing the game’s success.

There’s a wealth of sporting content out there, but until Christmas, most eyes will be resting on the future of the big codes.