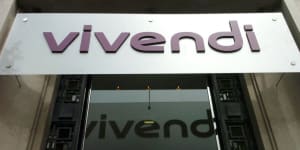 The possibility of the merger between the two companies has been on the cards since before Bolloré assumed responsibility for the Havas Worldwide creative business in late 2016, following the exit of global CEO Andrew Bennett.

The tie-up now seems to have moved one step closer with the company's CEO Arnaud de Puyfontaine admitting yesterday in its Q1 financial results that a merger “makes sense".

This would see greater ties between content, entertainment brands including Universal and StudioCanal, and the creative and media business.

AdNews understands the merger is to happen "sooner rather than later", likely in the next 12 months, according to sources.

While Bolloré said there were no discussions between the groups at this stage, he highlighted three potential benefits of merging with Vivendi.

“We are a cousin company with a common shareholder. And we are both in the communication industry … Content is important to agencies like Havas and Vivendi of course is one of the best content producers and distributors,” he said.

His second and third points were about what Havas could do for French media and entertainment group Vivendi.

"Data is important to companies like Vivendi and Havas is expert in converting data into insight," he said.

Finally, Bolloré pointed out: "Havas is a specialist in consumer science… We know better than anyone how consumer trends are evolving in the different geographies. We have huge knowledge and tools, so of course that's of big interest to a company in the culture industry."

Havas Media CEO Mike Wilson recently told AdNews the agency is interested in doing more with Vivendi and tapping into its brands, suggesting a merger could benefit the Australian shop.

“We are interested in increasing collaboration within our holding structure, particularly Vivendi,” Wilson said. “We want to increase the work in entertainment, leveraging Universal and Studio Canals, especially in areas like gaming.”

To read more from Wilson and on Havas Australia, you better pick up the May magazine of AdNews in-print - out next week. Subscribe here.