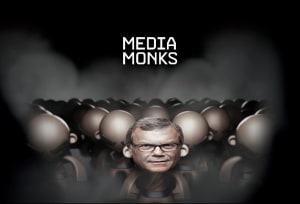 Sorrell, through his company S4 Capital, will acquire the business for €300 million (A$472 million).

MediaMonks, founded in the Netherlands, has 650 staff in 10 countries across Europe, the Americas and Asia. In this region, it has offices in Singapore and Shanghai.

WPP had threatened Sorrell with legal action over his interest in MediaMonks, claiming he had breached a confidentiality agreement he signed when exiting the business.

WPP claims Sorrell first showed interest in MediaMonks when he was at the helm of WPP, but Sorrell has denied breaching the terms of his contract.

It is the first acquisition since Sorrell formed S4 Capital in May after leaving WPP following an investigation into his conduct.

“We're delighted to join forces with MediaMonks. This represents a significant step in building a new age, new era, digital agency platform for clients,” Sorrell said in a statement.

“MediaMonks' roots are totally in new media, and data, content and technology. Our next moves will be to build this platform further and to add meaningful data analytics and digital media buying. The company will be a unitary one with MediaMonks as its core.”

MediaMonks CEO Victor Knaap said that they weren’t “selling out”, rather they were “buying in” to Sorrell’s vision.

“We are proud to confirm that, with immediate effect, MediaMonks has joined forces with S4 Capital,” Knaap said.

“The merger represents a pioneering move for the creative industry towards next-generation communications.”

Sorrell has previously stated his ambition is to build a new type of global communications business focused on growth.

The acquisition of a digital production house, the largest deal of this type, signals that he plans to create a different beast to WPP.

It has been in operation for more than 17 years and has an impressive client list, including Audi, Mercedes-Benz, Google, Weber, Uber, US Air Force, NBA All Stars, Greenpeace, KFC and Old Spice (check out a show reel below). It makes annual revenue of about €110 million (A$173 million).

Having secured a new age production capability, Sorrell could now turn his attention to building capability in digital media buying, strategy and distribution.