Social Media Showdown: Which agency is the best at social marketing? 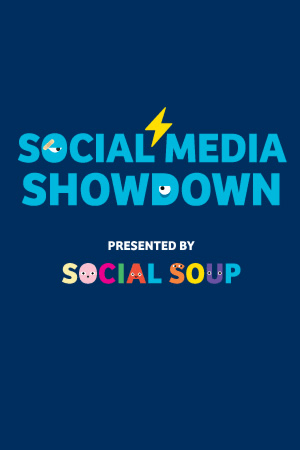 Which media agency is the hottest social media shop in town? Who in the team is the most social media savvy? Social Soup has partnered with AdNews and Facebook to launch the Social Media Showdown to find out.

The week-long initiative kicks off on Monday (20 April) with a series of social competitions designed to weed out which Australian agency is the most socially savvy and whittle down the list of the best and brightest social stars.

There's points up for grabs for each social task that will put players into a league table to battle it out for the top spots – both individually – and for their agency. The more you participate and the more social shares you get – the more points.

All the details of the daily initiative, how to enter and participate will be on AdNews every day next week. Each day, we'll also update the league table to see which individuals and agencies are in the lead before announcing the final scores. There's prizes throughout the week from a smartwatch to trip to Silicon Valley courtesy of Facebook and Instagram, for the overall winner.

On Tuesday the Social Media Quiz will separate the social men form the boys. Wednesday lets clients cast their votes for which agency person they think performs the best in social – so get corralling you clients now.

Thursday lets you match your personality to a media agency type – maybe you're destined to be CEO but just don't know it yet.

On Friday, there's another chance to tap into the Humans of Media and share your stories from the office, from a long lunch, from drinks in the bar or wherever else you might happen to be after a long week of social showdowning.

The following week, we'll announce the winners and reveal the final league table.

Not only is there a trip to Silicon Valley up for grabs but there's also a trophy for the agency named Best Agency in Social Media. – but not just any old trophy. This trophy, provided by Buzz, is synced with social media tracking technology to glow a different colour based on the sentiment of tweets using a hashtag of the winners choice.

Thomas Lyngsfeldt, head of digital and business development at Social Soup, explains why it's running the Social Media Showdown: “Social marketing is becoming increasingly important and Social Soup is working in this space. We also know some of the best people in social media work at media agencies and that media agencies love to compete. The Social Media Showdown is an opportunity for agencies and their employees to show their social media skills and knowledge. Everyone has the opportunity to accumulate points to their media agency, so it’s about getting as many people involved as possible.”

AdNews editor Rosie Baker added: “AdNews is thrilled to help bring the Social Media Showdown to life. We're proud to be part of something that we think will help raise the profile of the industry – both to outsiders and to insiders - and get more people excited by the work that agencies do. The Social Media Showdown will appeal to the inherent competitive nature of media agencies – let the showdown begin!”

Check back on Monday to see how to get involved.