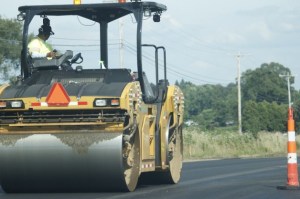 Shares in Snap fell hard after the social media player revealed the impact on advertising revenue from Apple’s privacy changes to its iOS system.

Apple’s move makes it difficult to track iPhone users without their consent. This, says Snap,  created a more significant impact on the business than expected.

At the close on Friday, Snap shares were down more than 26% to $US55.14 as a raft of analysts downgraded their forecasts for the social media platform.

Shares in other digital platforms also fell, including Facebook, Google parent Alphabet and Twitter, as investors looked to the impact of Apple on advertising revenue.

Snap reported a 57% rise in revenue to $US1.067 billion for the September quarter. Daily active users increased 23% to 306 million.

However, CEO Evan Spiegel told analysts: “While we are excited about the continuing growth of our business and improvement in our cost structure, we missed the lower end of our guidance by $3 million due to a few key factors, including changes to advertising tracking on iOS and macroeconomic factors that have impacted our advertising partners.

“Our advertising business was disrupted by changes to iOS and tracking that were broadly rolled out by Apple in June and July.

“While we anticipated some degree of business disruption, the new Apple provided measurement solution did not scale as we had expected, making it more difficult for our advertising partners to measure and manage their ad campaigns for iOS.”

Jeremi Gorman, Snap’s chief business officer, told the analysts the platform “grappled” with industry changes to the way advertising is targeted, optimised and measured on iOS.

“We are continuing to work through the ongoing changes to digital advertising driven by Apple's app tracking transparency framework, which was introduced as part of iOS 14.5,” he says.

“We saw meaningful adoption in June and July when Apple pushed all of its users to update to the new version of iOS.

“Broadly speaking, these changes have upended many of the industry norms and advertiser behaviors that were built on IDFA, Apple's unique device identifier for advertising over the past decade, which now require a double opt-in by users in order to access directly.”