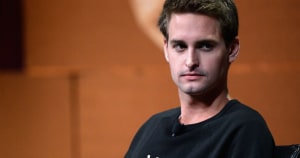 Snap Inc admits its shift to programmatic has meant slower revenue growth than expected in the past quarter, but has outlined a raft of measures to reassure investors and advertisers that it has a long-term strategy in place, including a redesign of the Snapchat app.

While ad revenue has increased, it says 80% of Snap Ad impressions were delivered programmatically in Q3, up from 0% 12 months ago.

Snap CEO Evan Spiegel said in his Q3 presentation that the speed of transition to programmatic and self-serve ads has “surpassed expectations” and dramatically reduced pricing as advertisers move from direct sales to unreserved auction.

The trend has decreased Snapchat’s CPMs by more than 60% year-on-year, which Spiegel says has impacted the company's revenue growth.

“I am grateful this transition is nearly behind us and look forward to the many advantages our programmatic auction brings to our advertising business in terms of scale and ROI,” he said.

Chief strategy officer Imran Khan said Snapchat has a long-term advertising plan and the latest numbers, while disappointing, are part of a positive, long-term, transition. He added that self-serve ads have been sold at a cheaper rate as there has been no fixed rate card.

"While [programmatic] diminishes revenue in the short term, it builds the foundation for long-term scalable revenue. As we onboard more advertisers and multiple advertisers compete for the same ad impression, we should see higher pricing," he said.

"Increasing the number of advertisers on Snapchat is foundation to building an efficient marketplace, and our self-serve tools help us do this at scale. More advertisers means a greater variety of ads which is a win-win situation for both our advertisers and our community."

Spiegel admitted the daily active users grew at a "lower rate" than he would have liked.

Total advertising revenue for Q3 was $204 million, an increase on 59% year-on-year and 16% quarter-over-quarter.

It reported average revenue per user (ARPU) of $2.17 in North America, which Spiegel says is seven times higher than the rest-of-world, but still "well below" Snapchat's peer set.

In Australia, brands like AAMI, Myer, Fanta, Stan and other big brands continue to invest in Snap Ads.

As it continues to struggle to turn a profit, Spiegel announced the redesign of its app to make it simpler to use for people outside its core audience, and a plan of action to attract more advertisers and make it easier for them to buy ads and reach audiences.

The app has a strong foothold with the 13-34 year-old demographic, reaching over 70% of that market in the Australia, according to Snap figures. The redesign hopes to attract older users.

Spiegel warned investors there’s a “strong likelihood” this redesign will be disruptive to the business in the short term, forecasting a backlash from users, but reassured stakeholders he has his eye on the long-term benefit.

“We’re willing to take that risk for what we believe are substantial long-term benefits,” he said, adding the company will begin 2018 with a focus on user growth, content and augmented reality.

Snap has had a tough few months. It experienced layoffs in its Spectacles hardware team and cut 18 from its recruiting division, Business Insider reported. Meanwhile, competition from Facebook has only increased, building Instagram Stories, which replicates many of Snapchat's features.

Khan said moving forward he will be focusing on the transitioning the majority of Snap to self-serve, addressing the needs of the diverse advertiser mix and democratising Sponsored Creative Tools.

"Last year, we were focused on large advertisers - over half our revenue in 2016 was tied to large share of voice or sponsorship deals. Many of these customers wanted third-party measurement solutions, and as a result, we invested heavily in this area," he said.

Snap is now looking to work with more, smaller brands, and tripled its revenue from SMBs in the third quarter.

Khan said user engagement has not dropped off, despite the introduction of advertisers, while it is wary of increasing ad loads. He said over 60% of Daily Active Users create Snaps with its camera every day.

Snap has managed the advertisers/user content ratio by limiting the Sponsored Lenses to one per day, which Khan admitted "impacted our ability to scale". Now it has introduced Audience Lenses that allow advertisers to reach specific audiences.

On measurement metrics, the business now has 18 third party measurement partners, which it believes distinguishes it from other social media platforms. 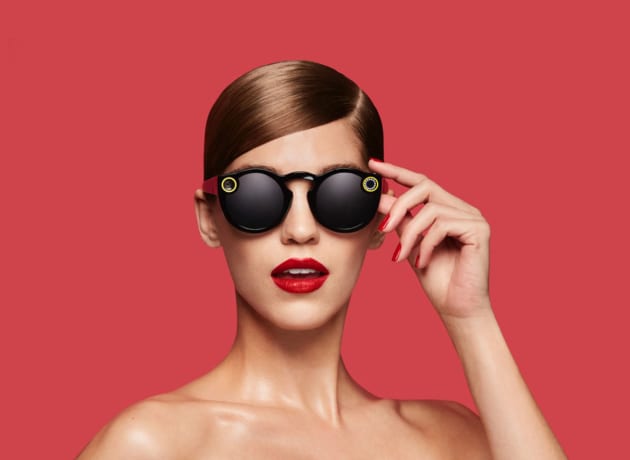 Chief financial officer Drew Vollero said Snap “misjudged” the demand for Spectacles and as a result recorded a $39.9 million loss related to excess and inventory and purchase commitment.

Recent reports have said there are thousands of pairs of Spectacles sitting unsold in warehouses.

He said Spectacles, which Snap had hailed as its future, will continue to be in the marketplace but it now expects only “modest revenue” from the product line.